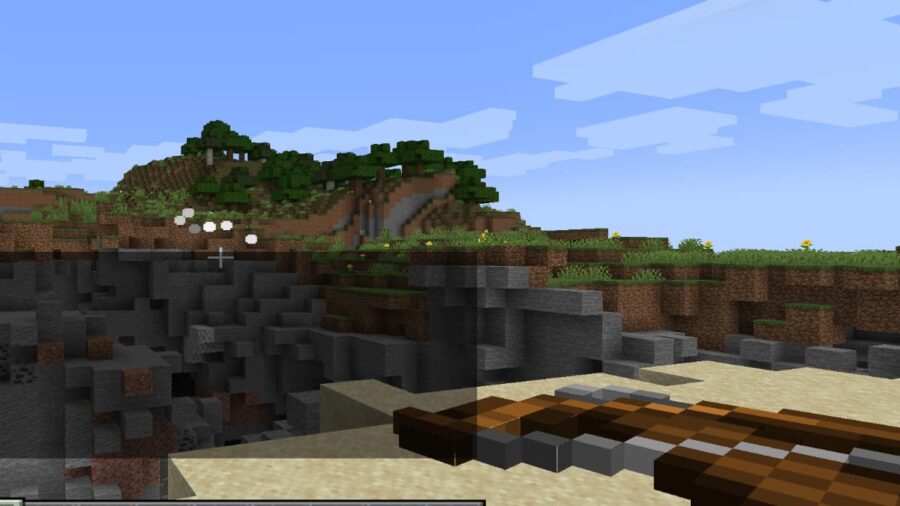 So to make explosive arrows in Minecraft, you will need to use both command blocks and commands that will vary between both Java and Bedrock versions of the game.

Starting with Java, you will need to first give yourself a command block by typing or copying and pasting give @p command_block in Minecraft.

Doing so will give you a command block, place it on the ground, and right-click it to open the command block menu.

In the command block menu, there will be a tab that says console command. In this section, you will need to copy and paste the following command

When the new command block is placed, open it up and copy and paste the following command inside the console command section.

When you have both command blocks ready, place a lever on the first command block marked by the red box in the image above and activate it.

Doing so will give arrows that fire from either a crossbow or bow an explosion effect similar to TNT in Java Minecraft.

Minecraft: How to make Explosive Arrows in Minecraft Bedrock Edition

Making explosive arrows in Minecraft Bedrock Edition is a bit different from Java, but the first step remains much the same. To start, give yourself a command block by typing /give @s command_block.

You will also need one Redstone comparator and three Redstone repeaters - you can either make these or use creative mode to get them.

Also, make sure to have the following settings set for the first command block.

After placing the first command block with its command, place the Redstone comparator and then two of the repeaters on one side of it and then another command block. You may need to type /give @s command_block again if you are not in creative mode to get another block.

For the second command block, make sure it has the following settings.

Once you finish setting up the second command block, place another Redstone repeater after it and another command block - all of the blocks should look like the image shown above.

In this third command block, put the following command inside the command input tab.

For the last command block, make sure it has the following settings.

When you have finished placing the final block, you will give arrows that fire from either a crossbow or bow an explosion effect similar to TNT in Minecraft.

As a side note, if you want some extra particle effects for your new explosive arrows, you can get them by placing one more command block.

As always, make sure the block has the following settings.