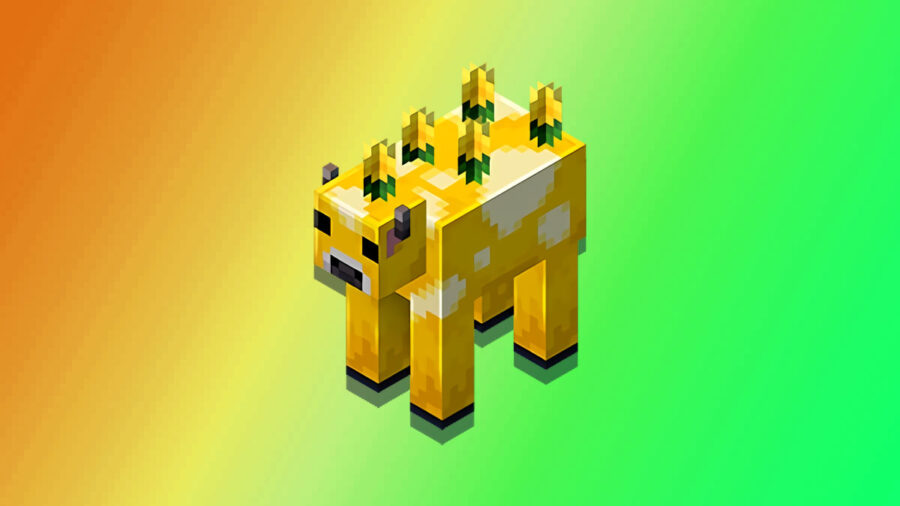 Minecraft has recently announced its Mob Vote for 2020, which has people looking for details on these new mobs. Well, they aren't all entirely new, because some of these already exist, just no in the full game of Minecraft. The Moobloom is a pretty well-known mob in Minecraft Earth. It remains to be seen whether or not we will get to see this flower covered cow in the official game!

The Moobloom is described in Minecraft earth as the following, "The moobloom is a beautiful cow adorning itself with yellow scented flowers. You can shear and if you're lucky you might find a beautiful new buttercup." It is yellow with white spots and sprouts buttercup flowers on its back. The mob is well-known enough to have its very own Moobloom Plushie that you can pick up in various stores.

The Moobloom mob will be possibly added to the full-game of Minecraft if it wins the vote that will be occurring at Minecraft Live 2020. This will be on October 3rd, 2020 and starts at 12pm ET. The vote will be held on Twitter, so make sure to have an account available to cast your vote towards your favorite new mob. The two other mobs that were announced are the Glow Squid and Icelogoer. The Glow Squid will populate the dark waters of the deep sea, and largely functions as a normal squid, but features a mysterious glow. The Icelogoer is going to reside on top of frost covered mountains and will hurl flying ice cloudss at you if you get too close.

It was reported in the official Minecraft post about the vote that the Moobloom will have a special relationship with bees. It will also reside in flower forest biomes, which would be a nice addition to these pretty areas that can be found in different areas on the map.

If you want to see the Moobloom in the game, make sure to cast your votre for it on October 3rd!

What does curse of vanishing do in Minecraft?

How to make Glazed Terracotta in Minecraft?

How to make Charcoal in Minecraft?