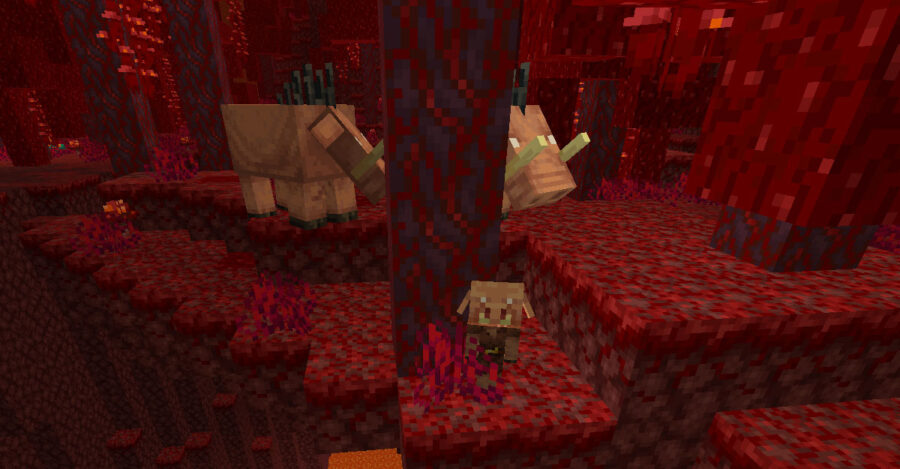 It's a brand new week and it looks like the developers over at Mojang have started us out with a new release candidate that squashes a couple of bugs that have to do with duplication and pathfinding issues. This isn't exactly the most exciting of updates, but anything going on with Minecraft is always worth taking note!

Minecraft 1.16.3 brings two small bug fixes to the game. One of them fixes the duplication of when you give an item and a gold ingot to a Baby Piglin that it would die and the item would be duplicated. If you were harassing these poor Baby Piglins then those days are now going to be over. It looks like duplication wasn't the only issue with the Piglins because they have also had their pathfinding updated. When Piglins, Piglin Brutes, Hoglins and Zoglins would attack, they would seemingly have issues reaching the player. This should no longer be the case, which means you might struggle a bit more while in The Nether!

The major release of Minecraft 1.16 saw the addition of a whole lot of additions to The Nether. Among these were brand new biomes, landmarks, and mobs that you could fight or interact with. More players than ever are heading into the hellish realm to explore and plunder the riches that can be found beneath. If you're someone who values having the most powerful gear, then finding Ancient Debris and creating Netherite Armor should be high on your priority!

While this is a very minor update, it shouldn't be long before we get some bigger news concerning Minecraft. We just got news of the full release of the PSVR version of the game, and Minecraft Live is around the corner which could set the stage for the Minecraft 1.17 update that is expected at some point!