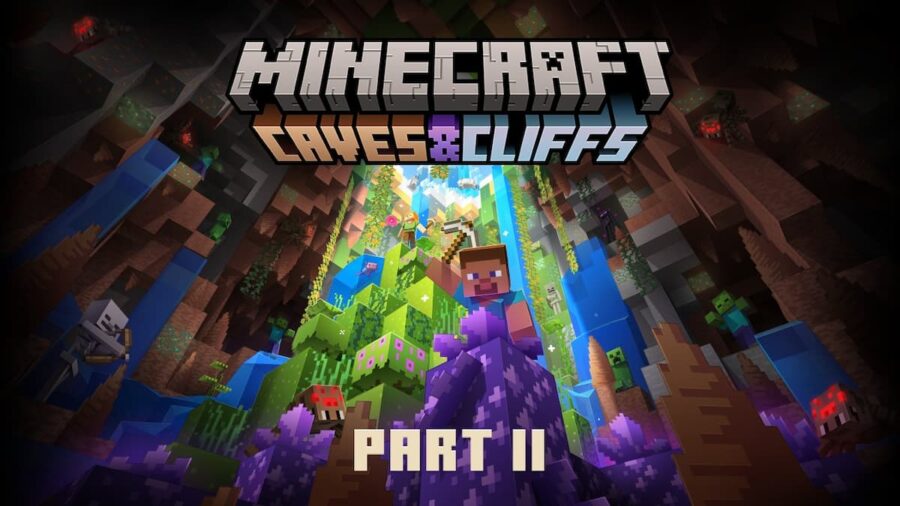 Minecraft 1.18, Caves and Cliffs Part 2 is the second part of the dramatic Caves and Cliffs update that hit the game in 2021. While Part 1 introduced all the new blocks and creatures, Part 2 will add the biomes and landmasses the update promised.

Releasing on Nov 30, Minecraft Caves and Cliffs Part 2 is expected to release at 1pm ET in the US. That works out at noon CT, 10am PT, and 6 pm in GMT.

We assume this is the release time because that’s precisely when the Caves and Cliffs Part 2 released. Minecraft developer Mojang is based in Stockholm, and the expected release time coincided with the end of the workday in Sweden. However, this isn’t set in stone, and Mojang hasn’t given an official release time. So we might end up being surprised by an early release!

Related: All New Advancements in Minecraft 1.17

1.18, Minecraft Caves and Cliffs Part 2 is set to add several highly anticipated features. Underground biomes, which include Dripstone and Lush caves, will now spawn naturally. Previously, Dripstone could be found in caverns and glow berries in Minecart Chests in Mineshafts but would not spawn in their own biomes.

Additionally, ore generation has been overhauled. This means Iron, Copper, Gold, and almost every other resource will now spawn slightly differently. Rather than just spawning in blobs, you’re more likely to find an ore vein. This line of ore will generate more naturally. Meanwhile, copper, for the most part, an entirely cosmetic material, will now yield more when it’s mined.

Overall there’s a tonne of incredible changes coming in Minecraft 1.18, and whenever it drops on Nov 30, you should be sure to play it as soon as possible.

How to get Silk Touch in Minecraft?