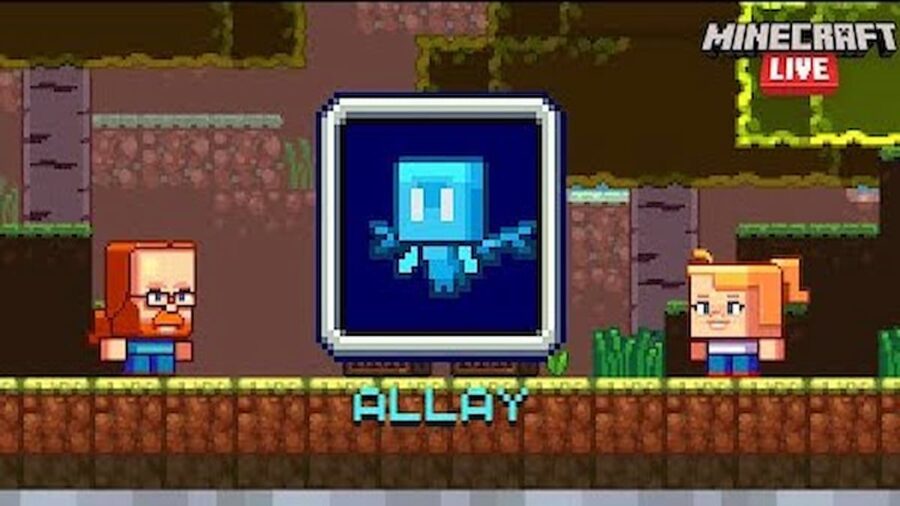 Minecraft is now home to over 30 mobs, who add life to every corner of its blocky world. Once a year, the Minecraft developers allow fans to vote for a new mob to be added to the game. The Allay was a winner of one of these votes. These adorable and helpful little creatures can potentially be a huge help in some of your projects. Here is when the Allay is coming to Minecraft.

The Allay will be added into Minecraft with the 1.19 Wild update, which will be released in 2022. The mob was voted on by players during Minecraft Live 2021, beating out two other potential mobs: the Glare and the Copper Golem.

Related: All changes to caves in Minecraft 1.18 Caves and Cliffs Part 2

The Allay is a helpful little mob who loves music blocks and collecting items. According to Mojang, you can give an item, such as a block, to these creatures, and they will go around collecting that same item to bring back to you. They won't mine any blocks for you but rather pick up any items that are floating on the floor. This has loads of potential when sorting through chests or working on a project.

So while we don't know everything about this new mob, we do know that the Allay will be coming with the Wild update. We expect to hear more details about the Allay, such as where to find it or if we can tame it, as we move into 2022.

For more Minecraft content, check out All changes to mountains in Minecraft 1.18 Caves and Cliffs Part 2 right here on Pro Game Guides.