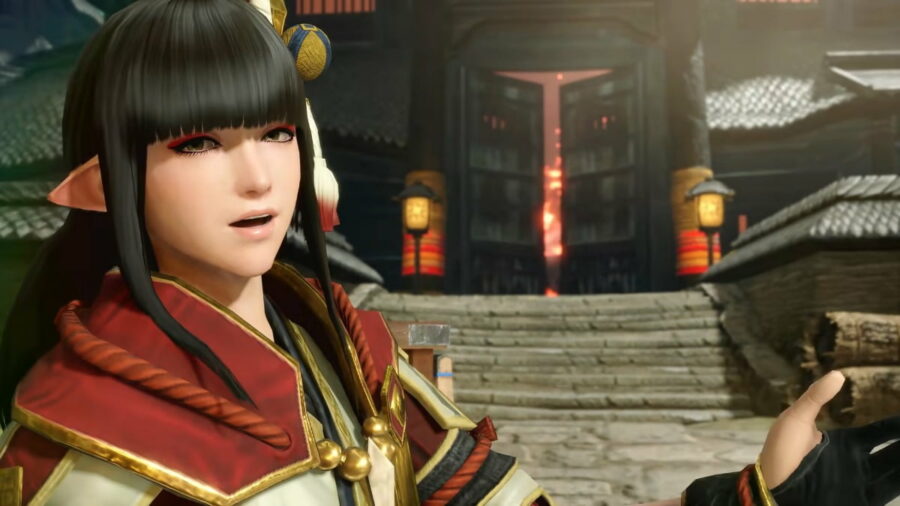 Monster Hunter Rise makes its way to PC on Jan. 12, 2022, allowing a new audience to experience the release in all its glory. Surviving in Monster Hunter Rise requires players to overcome colossal beasts by slaying them, and every hunter will need a weapon. Find out which weapon choice is right for you.

Check out each of the 14 weapon types in Monster Hunter Rise below, along with a link to the official weapon trailers and information on their Silkbind Attacks.

The Greatsword is a massive blade with slow strikes but unrivaled power. Greatswords can launch monsters back, stun them, and guard with their herculean blade—charge attacks to increase their power and damage output.

The Long Sword charges the Spirit Gauge with regular attacks to release powerful Spirit Blade attacks. Long Sword users also have access to technical dodges and counterattack mechanics, giving them an array of options in combat.

The Sword and Shield specialize in close proximity attacks. The sword damages enemies with quick strikes, while the shield can block attacks and bludgeon enemies. This weapon class is an excellent choice for beginner hunters.

Dual Blades are short blades that unleash a flurry of rapid strikes to enemies. Dual Blades have access to Demon Mode, a form that allows players to use their stamina gauge to enact higher damage combos on monsters.

The Lance is a defensive weapon that comes with a shield. The shield is exceptional at defending against attacks. This set is excellent for hunters specializing in counterattacks and sharp combos that don't want to sacrifice their mobility.

The Gunlance is a powerful lance fitted with a cannon. Gunlance hunters can launch powerful attacks with a combination of ammunition and lance strike—a solid middle ground between ballistics and melee combat.

The Hammer is a large blunt weapon that hits hard and staggers enemies. It uses powerful charge attacks and has high maneuverability, and is great for hunters aiming to stun monsters repeatedly.

The Hunting Horn is a blunt weapon specializing in buffing party members by performing melodies. Perform steady boosts by focusing on a single note type or combining notes to get multiple buffs—the perfect support weapon for any monster hunting party.

Switch Axes alternate between Axe Mode for stronger strikes and Sword Mode for quicker attacks. A highly versatile weapon that compromises between power and speed.

The Charge Blade is another interchangeable weapon that swaps between a sword and shield or axe form. Players charge the weapon in sword mode and combine the weapons to form an axe to unleash stored energy.

Control Kinsects with the Insect Glaive to absorb essence from monsters and buff your hunter. Launch yourself into the air and strike from above—one of the most mobile weapons in Monster Hunter Rise.

The Light Bowgun is an exceptional long-range weapon that can use rapid-fire attacks and inflict enemy status ailments. It uses various types of ammunition and is great for those who like to fight from a distance without sacrificing mobility.

The Heavy Bowgun is a powerful ranged weapon that sacrifices mobility for more impactful damage output. Loads Wyvernheart or Wyvernsnipe ammo in combat. Great for ranged combatants looking for a gun with some punch.

The Bow is a weapon made for ranged attackers. Offers high mobility and fires Arc Shots to cover allies and Power Shots for increased damage. Hunters can coat arrows to apply status effects to monsters.

For more on Monster Hunter, be sure to check out some of our other articles, like What is the release date of Monster Hunter Rise: Sunbreak here on Pro Game Guides.

When does Monster Hunter Rise release on PC?