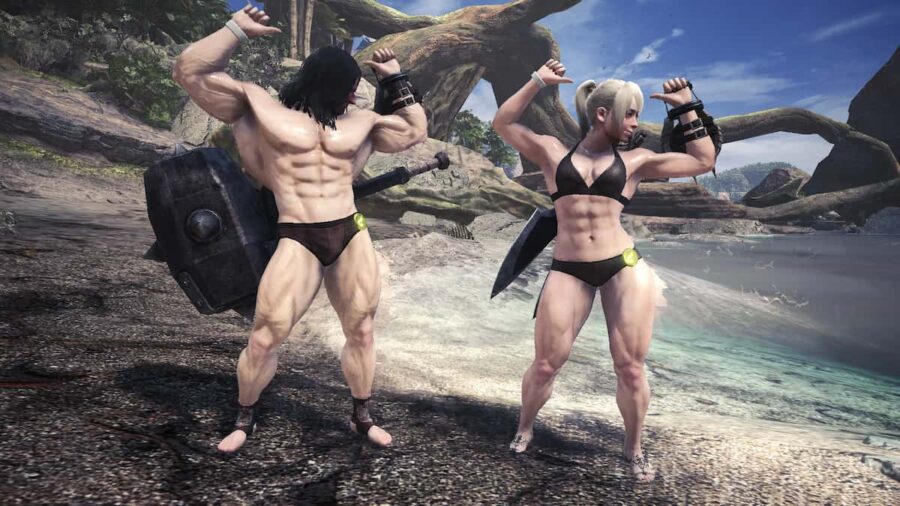 In Monster Hunter World, beyond just the armor sets that affect stats, there are Layered Armors which only alter your appearance. One of theses is the sought after Buff Body Layered Armor, which transforms your hunter into a impressively buff bodybuilder. Below we’ve detailed exactly how to get the Buff Body for yourself

The Buff Body Layered Armor comes in two varieties, Buff Body Alpha + and Buff Body Gamma +. Each of these forms have a different way of unlocking, and affect different types of armor. Alpha Affects Low and High Rank armors, and Gamma changes the appearance of Master Rank sets.

To unlock the Buff Body Alpha +, you’ll need to farm four Buff Tickets from the Master Rank 6 Event Quest Muscle Monkey Madness. This Master Rank quest requires you to defeat two Rajangs in the Arena. In addition, you’ll need the follow materials from other hunts.

To unlock the Buff Body Gamma +, you’ll need three Buff Tickets + from the Master Rank 6 Event Quest Mighty Muscle Monkey Madness. This quest will require you to defeat two Furious Rajang in the Arena. In addition, you’ll need the following materials from other hunts (although the Rajang Heart can be farmed from the event quest as well).

Once you’ve got the required material, simply head to the Forge and claim your new Layered Armors!