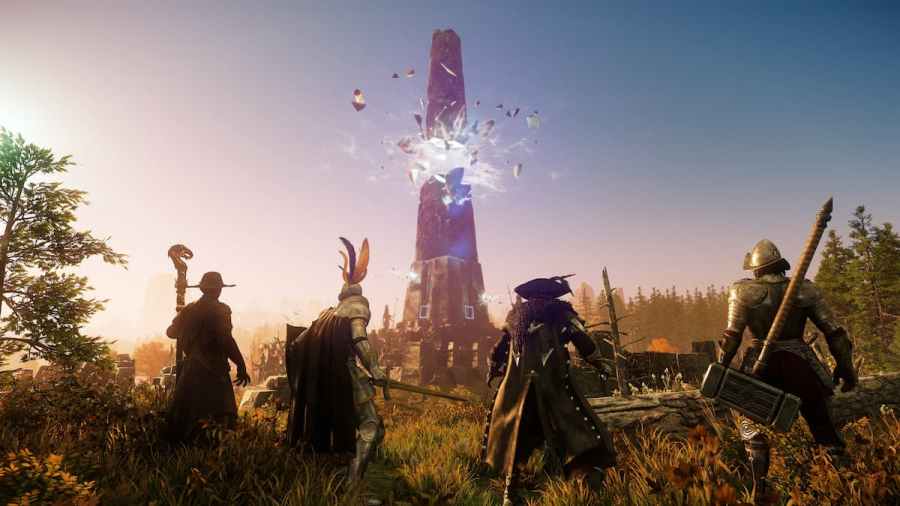 In New World, you must choose which faction you want to join. Factions are an important aspect of New World as they allow you to play with friends and complete faction missions. You may wonder if you can change factions in New World, and the answer is yes.

Unlike other MMOs, New World isn't as restrictive though there are still some negatives to changing factions. To change factions, you must go to your character's Bio menu. On the left side of this page, you will see your faction's banner. The option to change is at the bottom of that banner.

To change factions, you need to pay 100 Azoth. This will reset your faction rank and remove any tokens you have earned with that faction. Afterward, you will be locked into the new faction for 120 days. After that, you can change factions again, provided you pay the 100 Azoth again.

In New World, there are Marauders, Syndicate, and Covenant. All three factions function similarly and don't really differ all that much from each other. The only real differences arrive with the kinds of rewards you can earn from leveling up your faction rank. Because of this, if you are wondering which faction to choose, we recommend choosing the one whose faction goal you like the most.

But remember that if you do not like the faction you pick, you can always change it later. However, after changing it once, you must wait 120 days to change it again. We highly recommend saving your first faction change for when one faction is dominant on the map. Doing so will save you some trouble when dealing with taxes in settlements and allow you to gain bonuses in those regions.

Once you join a faction in New World, you can participate in special faction-based events like wars and special PVP missions. Completing faction missions will also level your faction's rank, unlocking unique rewards and bonuses.

For more information on New World, check out How to fix long server queue times in New World? and New World Will Allow Players to Relocate to a New Server Soon on Pro Game Guides.

How to change Factions in New World