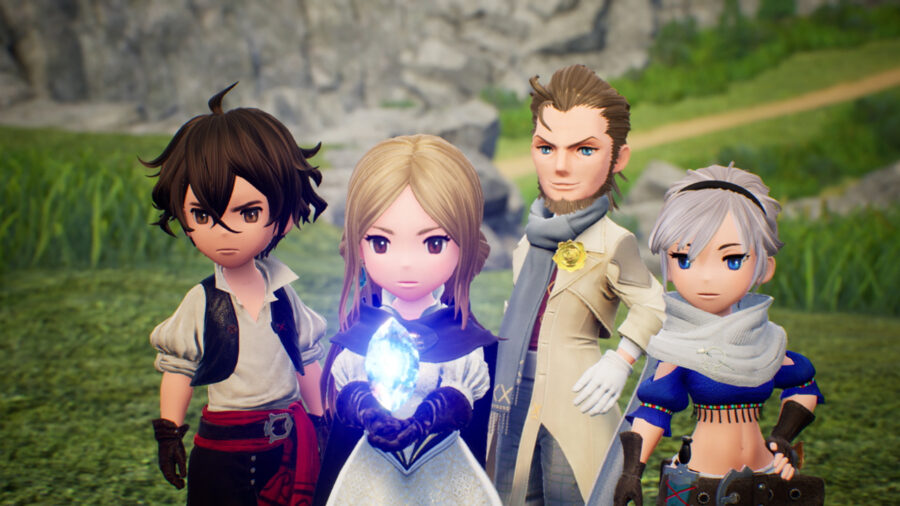 A new trailer was just recently uploaded on the Nintendo UK YouTube channel, informing us that Bravely Default II is arriving on Nintendo Switch on February 26th, 2021! This is a surprise announcement, as the last thing we heard about the game that is was hoping to be a 2020 launch!

Bravely Default II was announced back in 2019, and they released an early build demo on the Switch early this year, then everything seemed to have gone silent from the developers, apart from the game receiving an M (Mature) rating from the Australian Classification Board on September 22.

Guided by the crystals, four heroes set out on a grand adventure. In their way stands a group of powerful Asterisks bearers, each possessing a powerful job type. #BravelyDefault II launches on 2/26! Pre-order now: http://ninten.do/6016TfS4E

We originally announced that #BravelyDefault II would release in 2020, but more development time is necessary to ensure this RPG experience is the best it can be. Thank you for your patience, and we hope you look forward to setting out on your search for the crystals on 2/26.

Following the March demo, the developers received over 20,000+ pieces of feedback. They will be addressing the main ones in a video on Nintendo's Youtube channels later on today, as they have uploaded a small 6-minute video of the demo feedback trailer today.