Epic is not wasting too much time between another likely collaboration! This time it looks like the movie IT Chapter 2 will be possibly be getting some space on the Fortnite map. There's been a leak of a creepy laugh and a creepy balloon. We could very likely see the release of a Pennywise skin, but unfortunately there's been no evidence of that just yet.

Fortnite has been racking up some collaborations with media properties in the past. They've done a recent one with Stranger Things to promote the third season of the show with some in-game stuff and skins. John Wick 3 got a promotion as well, including a really sweet John Wick skin. You also can't leave out the collabs with Marvel that have brought us both a Black Widow and Star-Lord skin.

There's currently only two small leaks that show the possibility of the collaboration. There's the creepy balloon that has been found in the files (it is literally labeled "creepy balloon"): 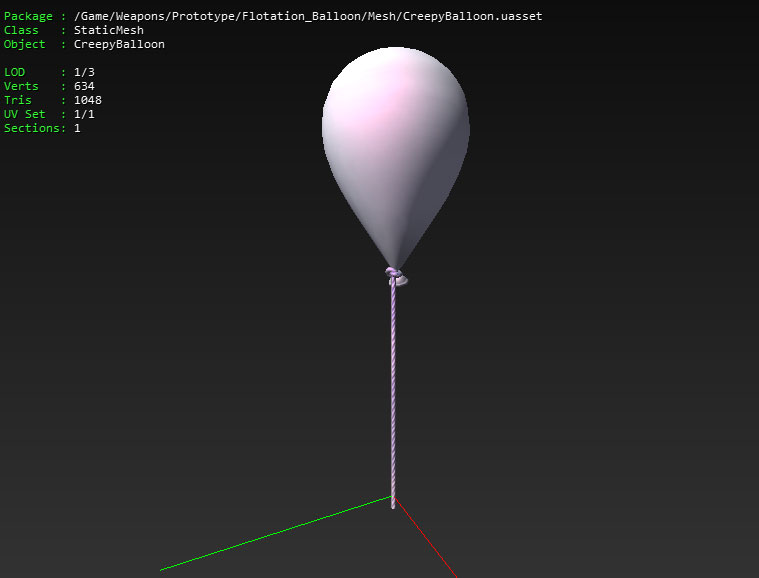 The balloon of course is pretty well-known to anyone who has read IT or watched any of the movies. The other evidence is the laugh sound file found in the files which is also creepy:

This would be a pretty interesting collaboration because IT is definitely adult oriented content. However, you can argue that Stranger Things and John Wick are both fairly similar in terms of creepiness and violence. It's also hard not to like the idea of a Pennywise skin! We'll see what ends up coming of it all pretty soon, because IT Chapter Two releases on September 6th, 2019!