The upcoming Fortnite PlayStation Plus Celebration Pack that will likely be coming out in either late September or early October has leaked! Sony PlayStation users have been very lucky when it comes to Fortnite, they've gotten quite a few exclusive skins and cosmetics by being apart of PS+. It looks like they are to be rewarded again based on this early tweet by the PlayStation Greece Twitter account. It's in Greek, but here's the translated tweet:

Exclusive PS Plus offer. Get a pickaxe, a wrap, an emoji & a banner to get every Victory Royale in style with the PlayStation® Plus Celebration Pack.

This is a pretty nice pack! You get a pretty clean look pickaxe, wrap, banner, and emoticon! We don't know the names of the cosmetics just yet, but we'll update this post and our cosmetics galleries with them once they are revealed! 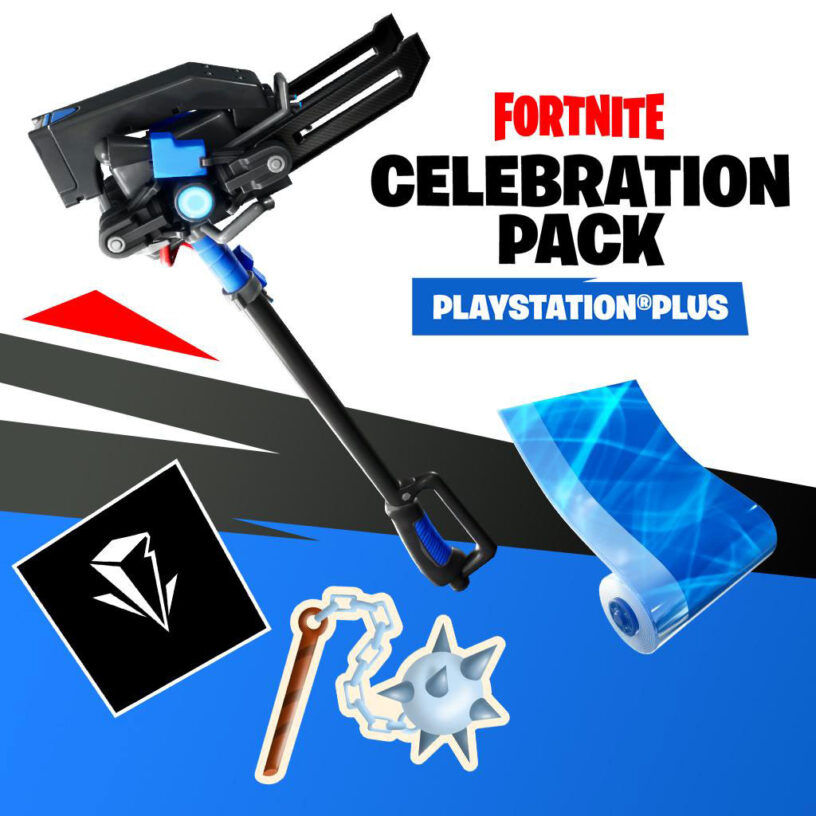