The mysterious Rogue Spider Knight that leaked a while back has been confirmed for an upcoming Xbox bundle. According to the leak this bundle will be available on September 24th, 2019. This is a whole Xbox Console bundle, so you'd need to purchase an Xbox One S to receive it. If you really want the skin and already have an Xbox or don't want one, this will likely end up being part of a cheaper pack in the future. The Dark Vertex which was part of a special Xbox console bundle ended up being apart of a much cheaper Xbox controller bundle (Affiliate Link). 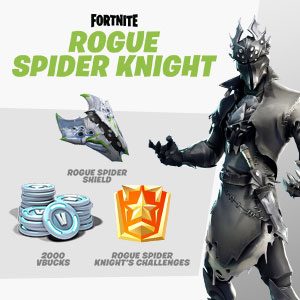