Xbox Game Pass has some new games coming to the service in July 2019! There's some pretty big titles in this roundup, we'll be getting a chance to play Dead Rising 4, Middle-Earth: Shadow of War, Blazing Chrome, My Time at Portia, Timespinner, Unavowed, Undertale, and Lego City: Undercover! 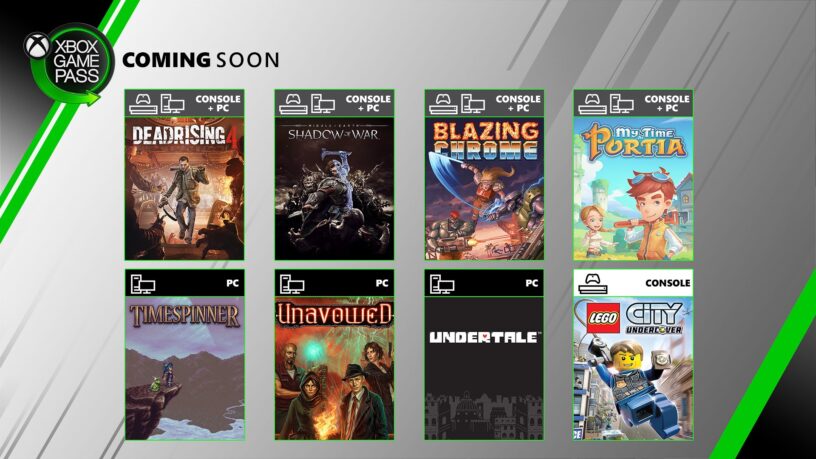