If you've been waiting for another Tom Clancy's Splinter Cell game, then there's some slight hope to be found in a recent leak. According to Wario64 on Twitter, an item called "Splinter Cell: Sam Fisher Goggles Replica" was posted and removed on GameStop under a section to preorder E3 collectibles! The item wouldn't be releasing until November 1st, 2019, but there's still a good chance we get some kind of announcement about the franchise.

Splinter Cell was a pretty big franchise for a while, and had you going behind enemy lines and stealthily taking out your foes. The last game was Splinter Cell: Blacklist, and it was released all the way back in 2013. We are definetly due for a return to playing as Sam Fisher and dawning his signature goggles. 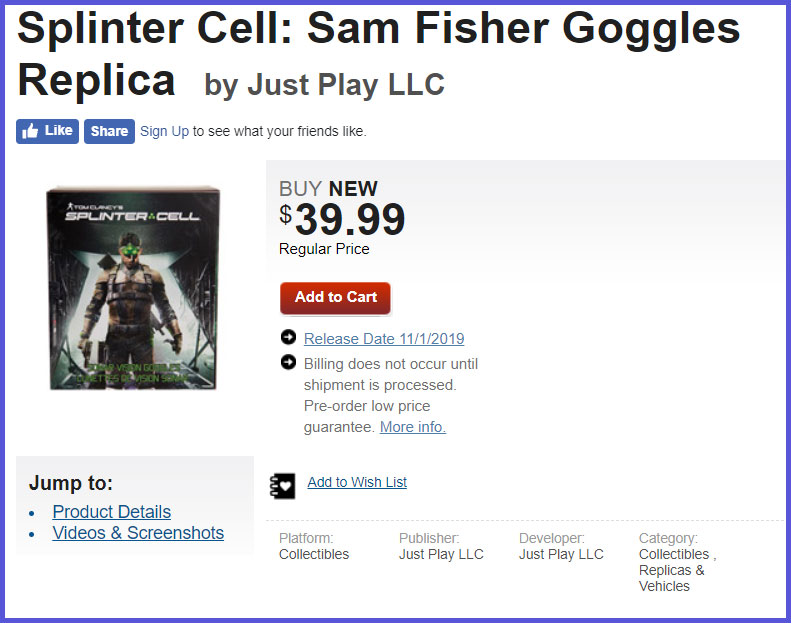