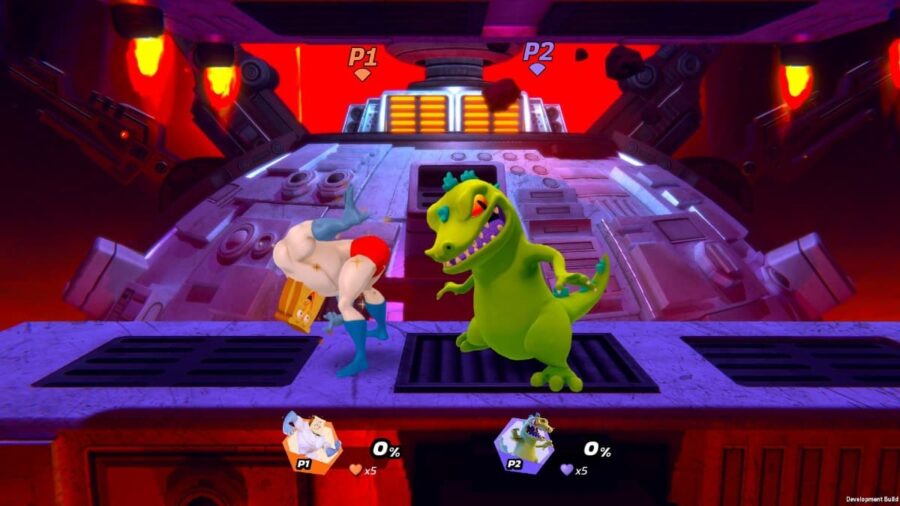 Nickelodeon All-Star Brawl is meant to be a celebration for all things Nickelodeon. The game features characters ranging from Nick's early days like Rugrats and The Ren & Stimpy Show to more modern shows like The Loud House. However, there are some glaring omissions that fans both old and new have taken noticed of.

There is no representative from iconic Nick shows like Doug, Rocko's Modern Life, The Adventures of Jimmy Neutron, and My Life as a Teenage Robot. Even with that many glaring omissions, many fans were still expected to see some representation from The Fairly OddParents.

Next to SpongeBob SquarePants, The Fairly Oddparents is Nickelodeon's most famous show. Lasting a successful run from 2001 to 2017, the series is now expected to continue with a new live-action reboot. Surely with how successful the show has been for Nickelodeon, it would have some sort of representation in All-Star Brawl, right?

Sadly that is not the case. There is no Fairly OddParents representation in the game. This may be because the original show wasn't solely produced by Nickelodeon Animation. Nick co-produced the show with Frederator Studios. That would mean Nickelodeon would need to go through Frederator to get the rights to use anything Fairly OddParents, and given the budget for All-Star Brawl, it was probably not feasible for the developers to accomplish at the time for launch.

Other Nick shows Frederator co-produce is Oh Yeah! Cartoons, ChalkZone, My Life as a Teenage Robot, and Fanboy & Chum Chum. Hopefully, a deal can be made and Fairly OddParents are part of the promised DLC.

Is The Fairly OddParents represented in Nickelodeon All-Star Brawl?