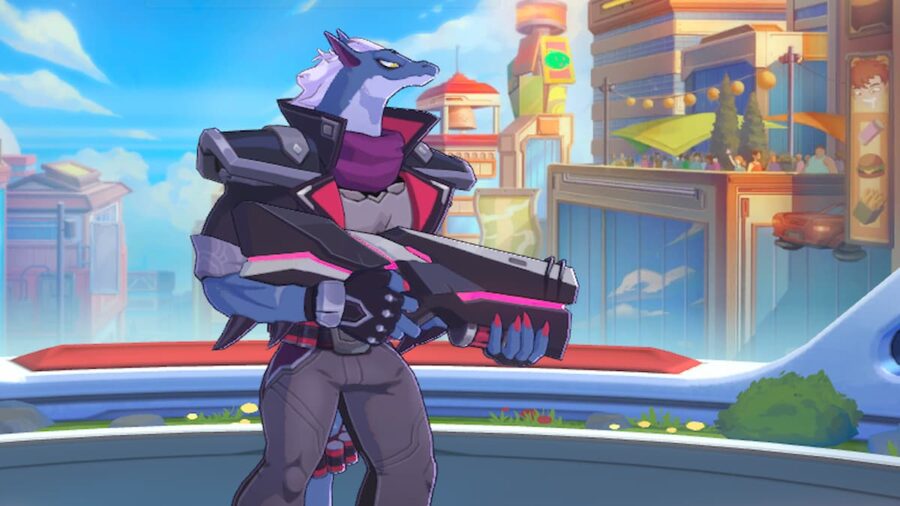 Omega Strikers' roster has many different characters to pick and choose from, and each has different abilities and playstyles. Drek'Ar is certainly a cool character, but his looks and style aren't the only things he has going for him. Keep reading to see our recommendations for Drek'Ar's best builds in Omega Strikers.

Trainings are passive perks you can equip to your character. You are allowed three of them, and they can alter your character's ability and play style. Equipping the right Trainings is essential for maximizing your efficiency. What Trainings you should use depend on if you intend to play forward or as the goalie. Here are our recommendations for the best Trainings for Drek'Ar in Omega Strikers.

Drek'Ar excels as an offensive forward, as his kit is offensive and focused on harassing the opposing team. Heavy Handed lets him inflict more stagger, especially up close with Lock and Load. Rapid Fire reduces the cooldown on this ability, allowing you to blast opponents more often. Finally, Cast to Last increases the length of Xeno Cloak's stealth and the lingering damage of Molten Bolt.

Unfortunately, the invader Drek'Ar should avoid playing goalkeeper, as his kit does not complement this position. That being said, you can make due if you really want to. Built Differently increases Drek'Ar's size and lets him cover more of the goal. Tempo Swing will buff the damage dealt by each of his attacks. And Extra Special reduces Molten Bolt's cooldown, allowing you to blast opponents from afar more often.

How to play Drek'Ar in Omega Strikers – Tips, Tricks, and Strategies

Drek'Ar excels at offense, and therefore we recommend avoiding goalkeeper or picking a different character if you prefer defense. Your goal with Drek'Ar should be to harass the opposing team or sneak goals in with his Xeno Cloak ability. You can also use Xeno Cloak to terrorize your opponents.

Drek'Ar's Xeno Cloak allows him to turn invisible and gain a speed boost. This is perfect for chasing down the core, hunting opponents, or getting sneaky plays through. We recommend targeting players that are already damaged or near the edge for a quick and easy knockout through Xeno Cloak and Lock and Load.

Drek'Ar's special, Molten Bomb, not only deals damage but applies a debuff that inflicts lingering damage and slows your target down. This is great for getting an opponent out of the game temporarily or chasing down a fleeing target. Drek'Ar requires a little planning and work, but he can be extremely good at harassing and earning knockouts.