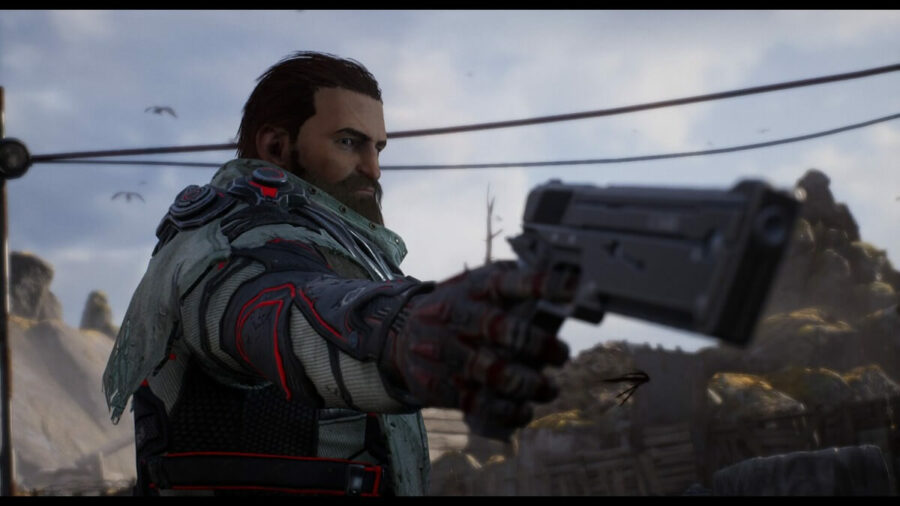 If you want to get a lot of loot and get it fast, you will need to learn how to level world tiers and the price of doing so.

How to Level up World Tiers in Outriders

In short, to level up world tiers fast in Outriders, you will need to farm story missions and both hunts and bounties. Doing so will net you a steady flow of points to leveling your World Tier so that you can reap a ton of rewards. However, keep in mind with higher tiers comes tougher to kill enemies, so we highly recommend bringing a friend along for the ride.

To start, you can repeat any story and side mission in the game. To repeat side missions, all you need to do is find the NPC or location where you first unlocked the quest to repeat it.

For story missions: Instead of finding an NPC, you will need to go to the Main Menu, and then click the option called Select Story Point, as shown in the image below. 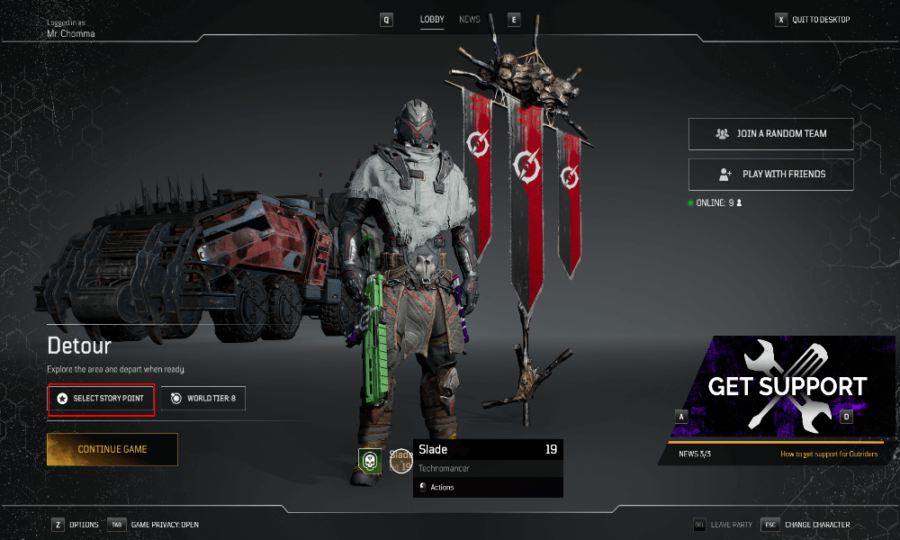 This will take you to a menu like the one in our image below. Here you will be able to move the wheel to reset your game to a certain point in the story campaign. To reset your story point, click a point on the timeline and then one of the story points. 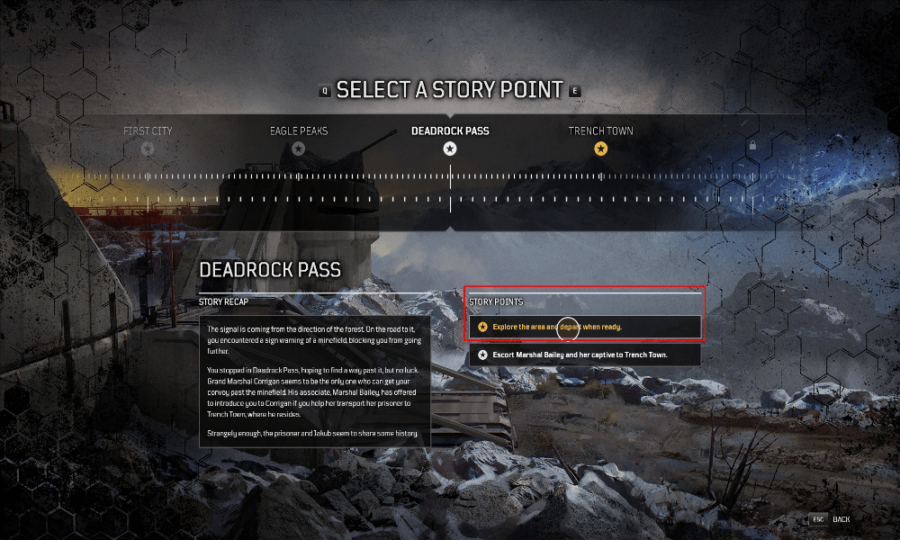 Doing so will then allow you to repeat any story missions at that point, along with side missions, if you pick them up along the way. We recommend doing this if you want to farm rewards from those missions or just regular gear drops for dismantling or scrap to buy better items.

Related: How to fix lag and stuttering issues in Outriders PC

One is called Noah and he will be behind the bar counter, and in order to start the hunt quests you will need to speak to him. The other NPC you need to speak to is Ujio - doing so will start the bounty quests for you. However, in order to get inside the bar you will need to progress the story to the point where you are going to the wreckage zone. 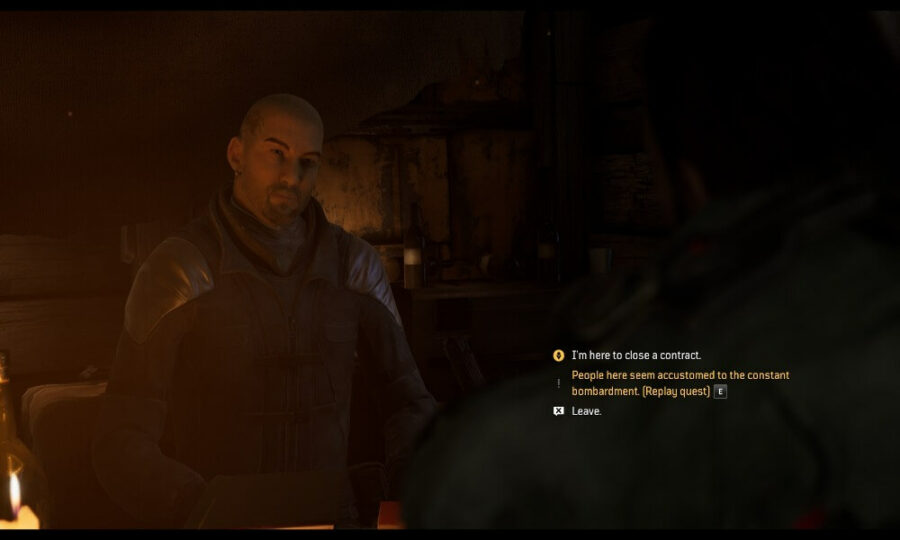 Doing so will provide you a ton of XP that will go to leveling your character and World Tier. Along with this, you can also earn a ton of legendaries by farming hunting missions in the Dunes and other locations.

For more on Outriders, we recommend checking out both How many Areas are in Outriders and How to Dismantle Weapons and Armor in Outriders