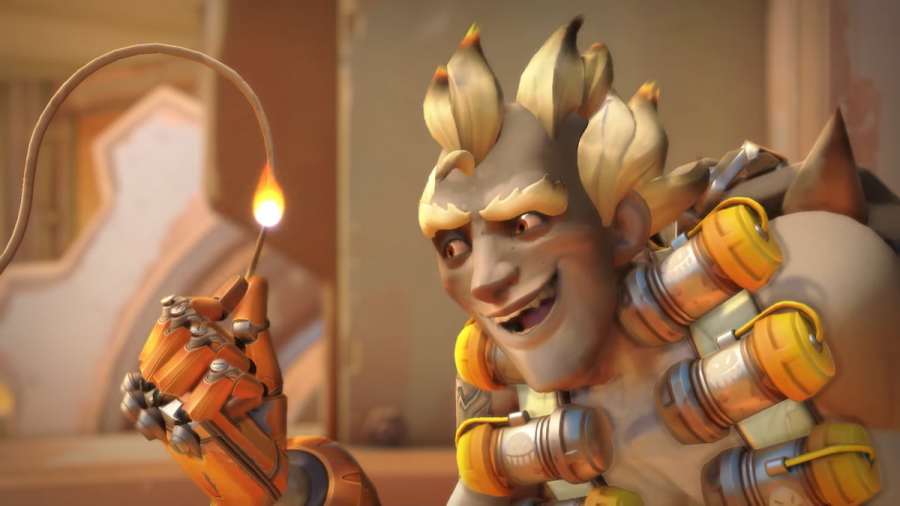 Junkrat is the demolitions expert of Overwatch 2, armed with several mines and grenades. He excels in crowd control, launching bouncing explosives into clusters of enemies and dealing massive damage. With the advent of Overwatch 2, Junkrat has experienced a couple of mechanical changes, slightly altering his playstyle. Here's how to play Junkrat in Overwatch 2.

What is Junkrat's role in a team?

Junkrat is a damage character, giving him a short buff to movement and reload speed upon elimination. His role in a team is punishing grouped-up enemies with a constant flow of bombs. His strengths are high mobility and consistent damage output. Junkrat is especially effective against shields since his projectiles have a fast fire rate and can rapidly deplete a shield's health. His Frag Launcher projectiles bounce off walls and explode shortly after unless they directly hit an opponent. These bombs also deal area-of-effect damage, increasing their crowd control potential.

Related: Which class should you play in Overwatch 2?

How is Junkrat different in Overwatch 2?

In Overwatch 2, the size of the bombs from Junkrat's Frag Launcher has increased from 0.2 to 0.25. This makes the projectiles easier to land and makes his area-of-effect damage more forgiving. Junkrat's Steel Trap damage has been increased from 80 to 100, and its deploy speed has improved from 10 to 15. As a universal Damage hero passive, Junkrat now receives movement and reload speed after an elimination.

Here are Junkrat's abilities, along with their purpose in battle.

Related: Why are Bastion and Torbjörn removed from Overwatch 2?

After playing Junkrat for an extended amount of time, there are a few gameplay tricks you pick up. Here is some advice for newer Junkrat players.

How to play Junkrat in Overwatch 2 – Abilities and Tips