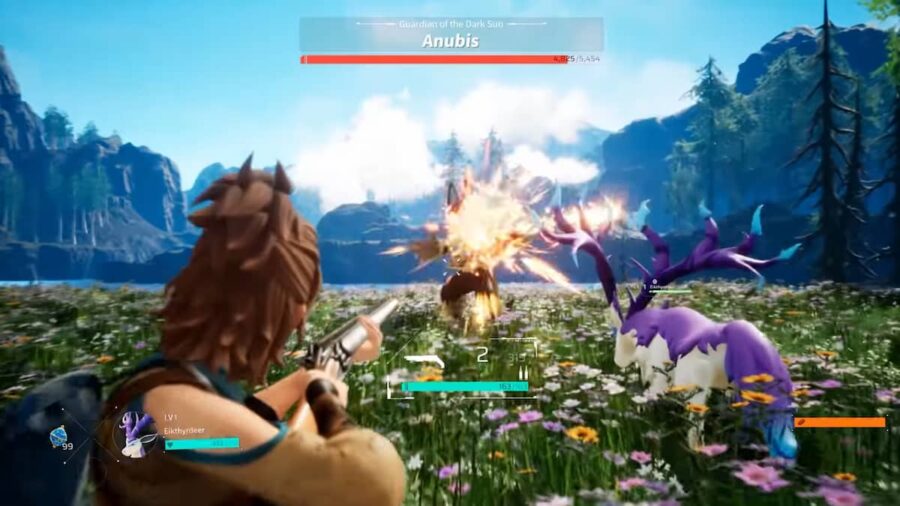 Palworld is an open-world survival game where you can capture mysterious creatures called “Pal.” Pals have their uses, and you’ll need all their help if you want to survive this harsh world of starvation, dangerous Pal attacks, and poachers. Here’s everything we know about Palworld.

What are Pals in Palworld?

The function of Pals is closer to real animals than Pokémon. You can use them as rides, workers, and even… food. Some Pals are built to fight, protecting you from more dangerous Pals. Some Pals can help you dig tunnels or surf through seas to help you reach another island. They can also be equipped with human weapons, such as guns and lasers.

What to expect from Palword’s gameplay?

Palword is a survival action game. Aside from using Pals to achieve your goals, a lot of crafting and hunting is involved in the game. Players can use guns, bows, or their Pal’s special abilities. Dangerous Pals can also be quite deadly, so there’s a lot of dodging as well.

The cool thing, however, is that you’re not forced to play the game in a certain way. You can peacefully raise Pals as your friends and build factories or take them out into the jungle to hunt other Pals. If you fancy yourself a vigilante, hunting poachers is possible. The goal is to collect the right Pals to help you survive the world’s harsh environment.

The developers of Palword have also introduced a breeding mechanic into the game. By capturing powerful Pals with certain characteristics, it’s possible to breed more powerful Pals. It’s very similar to Pokémon’s IV breeding process, in a sense.

Although Pocketpair has not yet revealed the specifics of it, they have confirmed that Palword will support both online and offline co-op multiplayer.

What is the release date of Palword?

Palword will be released on Steam sometime in 2023. Takuro Mizobe, Pocketpair’s CEO, also expressed interest in porting the game to other platforms once it has been fully released.

For more information about Palworld, be sure to check back here at Pro Game Guides.