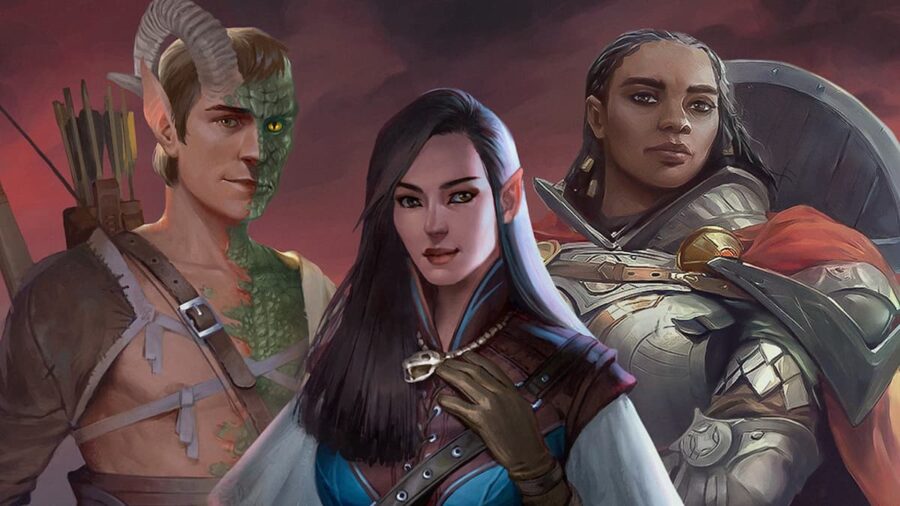 Shortly after the demon attack on Kenebras, you will find yourself exploring the underground caves of the city. In these caves, you will run into Lann and Wenduag as well as find the Light of Heaven, an angelic sword. You will be faced with a choice regarding this sword.

Lann will urge you to show it to his chief, Sull, while Wenduag will ask you to keep the sword hidden. You will have to decide which of your new companions to listen to. Choosing one companion will cause the other to leave your party.

Related: How to find the Tiefling Traitor in Pathfinder: Wrath of the Righteous

If you listen to Lann and show the Light of Heaven to Sull, the chief will be fascinated by the sword and will take time to contemplate the village's next action. He will ask you and your party to rest in the village. Wenduag will be furious and will leave your party. You will also unlock the Angel Mythic Path that you can select later.

If you listen to Wenduag and deny finding the Light of Heaven the chief will still offer you to rest in the village. Lann will be angry and sad about your decision and will leave your party instead of Wenduag. You will also be locked out of the Angel Mythic Path as well as gain some points in the chaotic alignment.

How to heal in Pathfinder: Wrath of the Righteous?