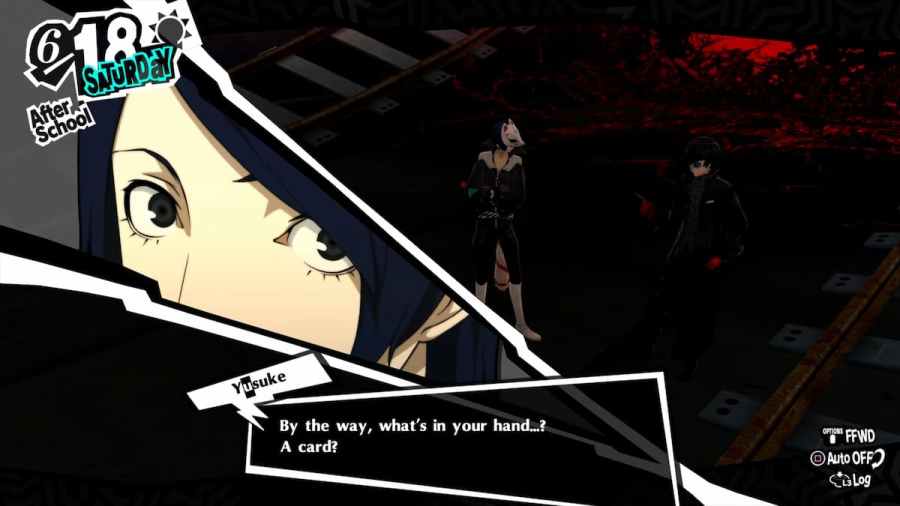 Bonds greatly impact how you go about your journey, and the experience is no different in Persona 5. Persona 5 Royal has added phone calls, gifts, and other mechanics not available in the game's first release, giving players more opportunities to raise their affinity with a certain character given the addition of Violet.

Given Yusuke Kitagawa’s eccentric personality, finding the right answers and finding him at the proper moments can be particularly tricky. Here’s a spoiler-free guide to steer you toward the correct path.

How to unlock Yusuke’s Confidant events

Since Yusuke is part of the party, you can start hanging out with him on 6/18. He can be found in the Underground Walkway, Shibuya and is available after school. On rainy days, he’s there at night.

If you want to max out Yusuke’s Confidant rank as quickly as possible, then the fastest way to do so is to respond correctly during each social link event. Some questions can add as many as three points to your social link, but some don’t add anything at all.

Important Tip: Have at least one Emperor persona in your team when you meet with Yusuke. Having a persona of your confidant’s arcana raises the number of affinity points you can earn with one of your responses.

Related: Is Persona 5 Royal the same as Persona 5? Differences, explained

That said, here are all the correct answers during Yusuke’s events. The trick to knowing the correct response is encouraging him often or being as eccentric as he is.

Once unlocked: No effect.

Once unlocked: Lets Yusuke perform a follow-up attack if Joker’s attack does not down the enemy.

Once unlocked: Lets Yusuke step in after Shadow negotiation fails, allowing a retry.

Once unlocked: Lets Yusuke recreate any previously copied Skill Card in one day.

Once unlocked: Lets Yusuke to instantly use either Card Duplication or Card Recreation.

Once unlocked: Transforms Yusuke's persona into the mythological trickster, Kamo Susano-o. Once you Max out his affinity, Kamo Susano-o will awaken again.

Sometimes, Yusuke will also invite you to hang out outside these times, usually on weekends, breaks, or holidays. He’ll text Joker. Affinity points will rise regardless of the conversations’ outcome, but you get bonus points for responding correctly.

You don’t have to say yes to all these hangouts. Others will try to invite you over as well, or you could use the day to do something else.

Do note that while responding correctly does raise your links faster, it doesn’t guarantee that you’ll unlock the next Rank event immediately. You still need to hang out with Yusuke as often as you can during your free time.

During these moments, you can also give Yusuke gifts to receive an extra boost in affinity points. Gifts cannot be given during Rank events. All gifts can only be bought once.

What gifts should I give Yusuke

You can also invite Yusuke to hang out in places like the art gallery in Ueno, the planetarium at Ikebukuro, the aquarium at Shinagawa, and more. Many of these used to be locked for female confidants, but you’re free to take most of your friends here in Persona 5 Royal—including Yusuke.

For more guides on Persona and other role-playing games, check out some other articles here at Pro Game Guides.