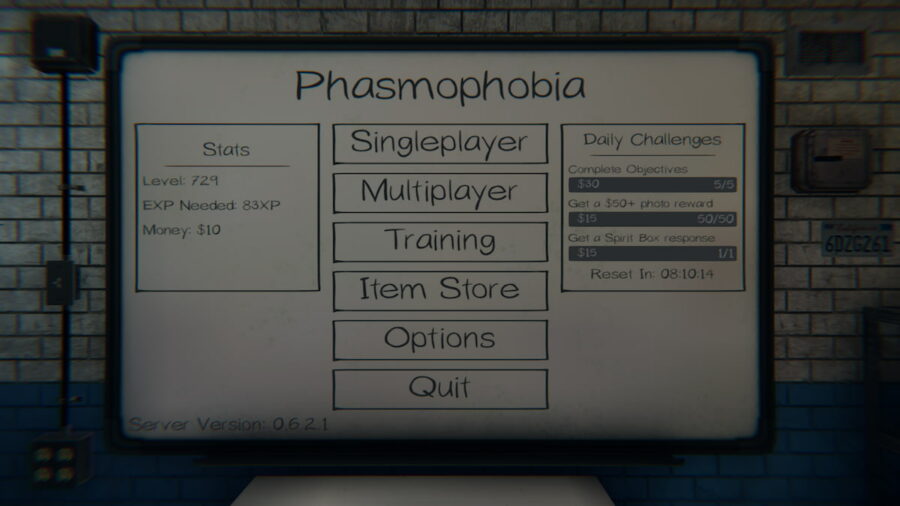 How to play solo in Phasmophobia

What are the changes when playing solo in Phasmophobia?

Related: All Ghost Types in Phasmophobia | Strengths and Weaknesses

The difficulties of playing alone mainly have to do with the limited inventory of characters. Each player can only carry three items at a time unless playing in VR. This can mean traveling in and out of the house much more often than a player normally would when playing with teammates. Player also can't be revived by the use of the Tarot Cards as that would require another player to draw the High Priestess card in order to do so.

How to survive Singleplayer in Phasmophobia

As players get used to the game and level up, they will unlock additional difficulties and equipment. Crucifixes and Smudge Sticks will help tremendously as they both serve similar purposes in protecting the player. Crucifixes are able to prevent a hunt up to two times per cross, while Smudge Sticks can be used to either prevent the Ghost from hunting for a period of time or can be used during a hunt to confuse the Ghost before running to safety.

One of the pros of playing solo is that players don't have to share their Sanity Pills. By keeping their Sanity high, many Ghosts are unable to hunt at all until it drops below a specific threshold. With players bringing four pills into the match, they can use them all on themselves and keep the Ghost from being able to hunt for longer.

Can you play Phasmophobia solo