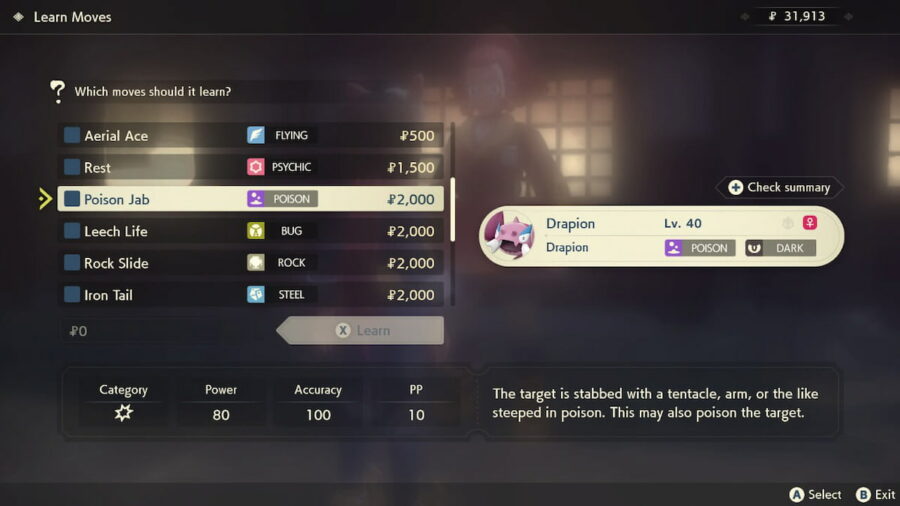 The Poison/Dark Type, Drapion is a hard hitting Pokémon with decent Speed, high Attack, and very good Defense. It has only one weakness and can deal with it rather well with moves it learns from Zisu. It has strong coverage with a stat raising move in Swords Dance. These are the best moves for Drapion in Pokémon Legends: Arceus.

Drapion will learn Cross Poison at level 18 (masters at 28), Crunch at level 43 (masters at 54), and both Aqua Tail and Rock Slide from Zisu.

How to use Drapion best in battle

Aqua Tail is perfect to cover for Drapion's Ground weakness and can be used in the Strong Style for the Accuracy boost. Rock Slide can be swapped out for other moves such as Elemental Fang moves, Fire Fang, Thunder Fang, or Ice Fang depending on what Pokémon players are expecting to fight against. Rock Slide gives coverage against Flying, Ice, and Bug Types.

Drapion's Typing is among the best and is capable of dealing plenty of super effective damage to many Pokémon. It has a few resistances and an immunity to Psychic Type moves, making it strong both defensively and offensively.