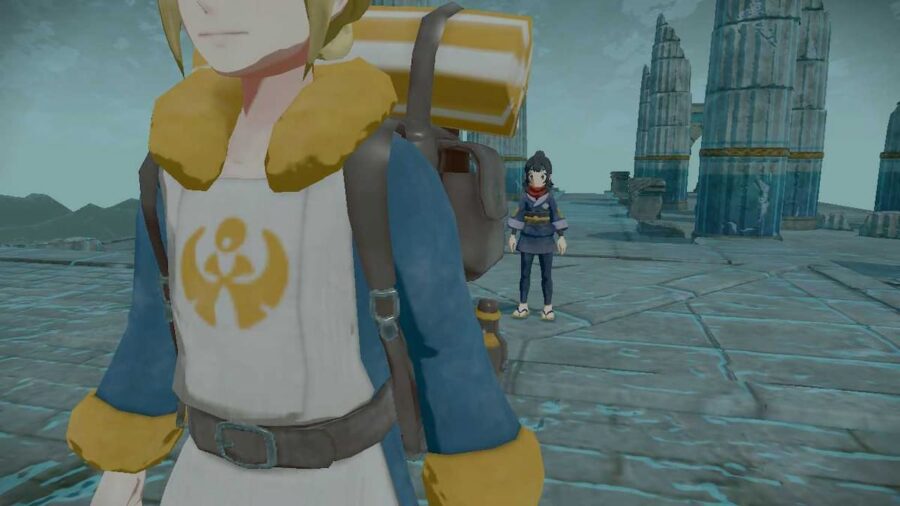 In an unexpected twist of events, you will need to battle Volo to get the final slate you need to summon Arceus. But he’s not going down without a fight, and it’s a very difficult, yet familiar one. In fact, if you’ve ever played any of the Diamond and Pearl games, you’ll realize that Volo’s team is nearly identical to Champion Cynthia’s.

Here’s how to beat the impossible.

How to prepare for the battle against Volo

These are the items you receive whenever you release Pokémon. They boost your Pokémon’s effort levels (EL), which increase the value of a stat. Each stat can have an effort level of up to ten.

Not all your stats need the EL boost, nor will you have enough resources for it. Prioritize their Attack/Sp. Attack (whichever is higher) and HP. If they’re a tank Pokémon like Snorlax, invest Grit Items into Defense/Sp. Defense as well.

You don’t need Speed in this battle. If Volo’s Pokémon hits you with a super effective move, your Pokémon will get one-hit KO'd if they’re not beefy enough. Plus, the Pokémon that Volo switches to after the previous one is defeated will get the next turn because of turn order.

If you don’t have enough Grit Items to bump the necessary ELs to six or nine, seek outbreaks and capture a bunch of Pokémon to release.

Use Mints to optimize stats

Mints can manipulate which of the Pokémon’s stats grow faster and slower. For example, a Jolly Mint will make their Speed grow faster in exchange for Sp. Attack. Usually, these values are dictated by a Pokémon’s nature (which “Jolly” is an example of). But Mints can change that.

Mints can be farmed in Jubilife Village for P10,000. You will need to have completed Request #60 Help Wanted: Rock Smashing in the Fields before the option becomes available.

Most Pokémon have a stat (or two) that’s higher than the rest. You can check stats in the Pokémon’s summary. For example, Typhlosion has a high Sp. Attack. This means that something like a Modest Mint (+Sp. Attack, -Attack) will ensure that special moves like Flamethrower are more powerful.

You’d need around five of each maybe, though it’s highly recommended you bring ten just in case. You can buy the Max Revive recipe from Anvin. He manages the craftworks in Jubilife Village. You get the potion recipes on Galaxy Expedition Team star rank ups.

These are Pokémon with very high Sp. Defense, Defense, and HP like Umbreon, Vaporon, and Steelix. Alpha Pokémon work, too, since their HP is much higher than the others. Make sure they’re at a high level (around 65 to 68). Preferably, they should have one Ghost, Dragon, Dark, or Fairy type move as well.

The answer is a huge spoiler for the Volo battle, but this is important.

How to beat Volo

Now that you’re ready, it’s time to beat this Arceus fanatic. Volo’s team is made out of Spiritomb, Roserade, Garchomp, Togekiss, Lucario, and Hisuian Arcanine. He won’t use them in that order, but he will bring out Spiritomb first.

Spritomb only has one weakness and its Fairy. Your first Pokémon needs to be a Fairy type, or at least one that knows a powerful Fairy-type move like Moonlight. Spiritomb’s Attack and Sp. Attack aren’t that high, so you can afford to take a couple of hits from it.

Roserade has a high Sp. Defense but low Defense. Hit it with a super effective physical move. Roserade is weak to Fire, Ice, Flying, and Psychic.

How to beat Garchomp

Garchomp is one of the fastest Pokémon in the Sinnoh region. This made it a huge problem in Diamond and Pearl since it always got the first turn. But Legends is different. After your previous Pokémon is defeated, there’s a high chance that the next turn will be yours. Again, Speed doesn’t matter.

Garchomp has low Defenses, so it will likely get KO’d with one Ice move from an Ice Pokémon, which it’s double weak to. If you didn’t know: moves used by Pokémon of the same type as it are stronger. We call that same type attack bonus (STAB).

How to beat Togekiss

Togekiss is slow, so you can very likely get a double-hit in with an Agile-Style move. It's weak to Electric, Ice, Poison, Rock, and Steel. At least two STAB hits from those five types ought to defeat it. You can also risk a Strong-Style STAB move if your Pokémon is close to level 70 or above it. Though be careful—Togekiss' Sp. Attack is quite high.

How to beat Lucario

Lucario is like Garchomp with a much lower HP, so the same strategy will work against it. Its low Defense and Sp. Defense make it vulnerable to any move it’s weak to. Types that are super effective against it are Fire, Fighting, and Ground.

How to beat Arcanine

Hisuian Arcanine has average stats all around, so it’s truly not a threat (after it demolishes the Pokémon you have out). Hit it with any Water or Ground move for a one-kit KO. A STAB Fighting or STAB Rock move will also work.

Warning: If you haven’t beaten Volo yet, there are spoilers beyond this point.

How to beat Giratina

We hope you’ve been keeping your Pokémon alive during the Volo battle because you’ll be thrust into a fight with Giratina right after. This battle has two phases.

There are many ways to beat Giratina, but the safest one is, arguably, to sacrifice one of your Pokémon and use that turn to either Max Revive or fully heal the tankiest Pokémon in your team. Send it out during your next turn.

Remember how we said your mega tank needed to have at least one Ghost, Dragon, Dark, or Fairy type move? That’s because those are the types Giratina is weak to.

Remember to heal when your HP is low. If you have move Pokémon that haven’t fainted, you can also let your tank Pokémon faint, bring out the other one, and sacrifice it to Max Revive your attacker. It’s recommended that your Pokémon has a move that can’t miss, such as Dark Pulse. Giratina has a move called Shadow Force, which turns it obscure after. The obscure status increases their evasion rate, and because the game RNG hates you, you will miss a lot.

When it transforms into Origin Forme, know that you’re almost there! Origin Forme Giratina hits harder but has lower Defenses than the version before.

You can't capture Giratina during this fight, so just defeat it. You can, however, do so in a request immediately after this battle. Hang in there!

How to Beat Volo at the Temple of Sinnoh — Pokémon Legends: Arceus