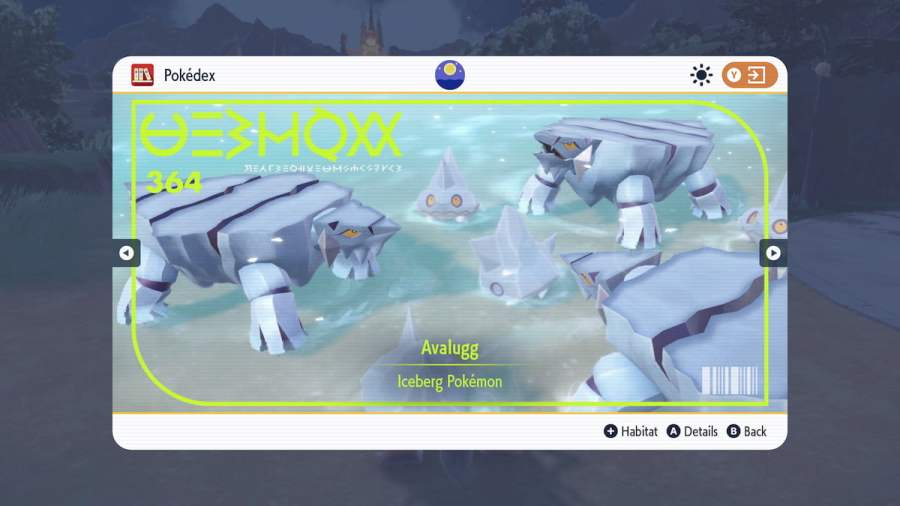 Avalugg is a pure Ice Type Pokémon with a very high Defense stat in Pokémon Scarlet & Violet. It has a good Attack and HP stat as well but suffers everywhere else. Avalugg can be intimidating when attacked with Physical moves as it can tank those hits and retaliate with a lot of damage. The Pokémon has some powerful moves at its disposal, like Avalanche or Icicle Crash, but it can be easy to take down when hitting it with Special moves. These are Avlugg's weaknesses and best counters in Pokémon Scarlet & Violet.

What is Avalugg weak to in Pokémon Scarlet & Violet?

Avalugg is a pure Ice Type that can have either two normal Abilities or one Hidden Ability. Own Tempo will prevent Avalugg's Attack from dropping because of Intimidate while also preventing it from getting confused. Ice Body will heal Avalugg every turn that it is snowing while its Hidden Ability, Sturdy will let it survive at 1 HP if attacked with full HP. Ice has several weaknesses that can be exploited but it is best to use Special attacks against Agalugg due to its high Defense stat. These weaknesses are:

How to counter Avalugg in Pokémon Scarlet & Violet

Avalugg has very low Special Defense and can be taken out with nearly any Special move. If players use super effective Special moves, Avalugg will almost always go down. Skeledirge, Charizard, Armarouge, and Glimmora can all deal super-effective damage to Avalugg with their STAB moves. Against both Skeledirge and Armarouge, it can use its Dark Type moves it learns by level up to damage them, but they will take Avalugg in one hit most often. Both Water and Ice Type Pokémon will resist Ice Type attacks, making them good counters to Avalugg as well if they can hit it on the Special side. The best Water Type Pokémon won't be able to get hit for much damage from Avalugg while being able to use moves like Surf without it resisting the attacks.

All Avalugg weaknesses and Best Counters in Pokémon Scarlet & Violet