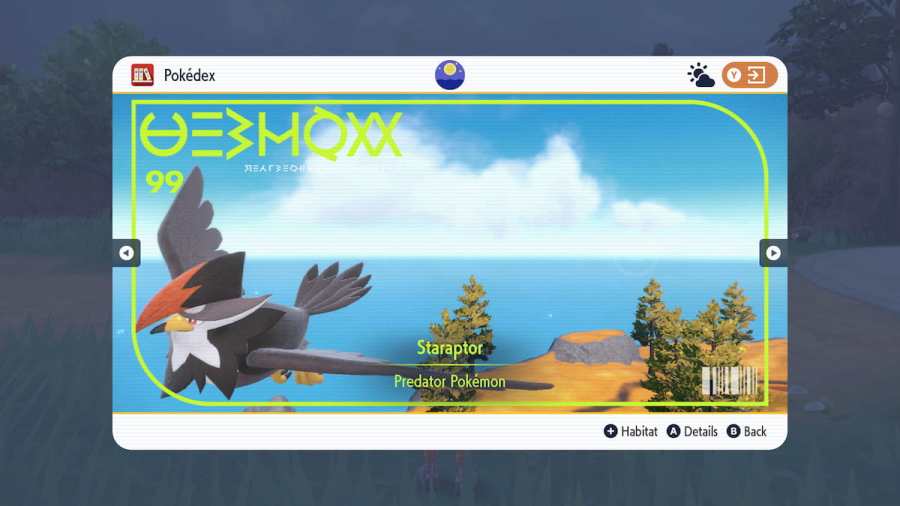 Staraptor has a high Attack and Speed stat that can be hard to deal with in Pokémon Scarlet & Violet. It has very high Base Power moves like Brave Bird and Close Combat, making it very threatening to Pokémon that don't resist either move. It has three weaknesses and two immunities but only resists two Types. With its mediocre defenses, it can still be hit for neutral damage and be taken out with enough force. These are all Staraptor's weaknesses and the best ways to counter them in Pokémon Scarlet & Violet.

What is Staraptor weak to in Pokémon Scarlet & Violet?

Staraptor is a Normal/Flying Type with one normal Ability and one Hidden Ability in Intimidate and Reckless. Intimidate will lower that Attack of its opposing Pokémon by one stage, weakening Physical attacking Pokémon. Reckless will increase the damage of moves that cause recoil, like Brave Bird and Double Edge, by 20%. One of the first Staraptor's that players will come across will be in Larry's Gym Leader Battle. Using Grass and Bug moves against it will only do half damage, and it is immune to both Ghost and Ground moves, but it is weak to these three Types:

How to counter Staraptor in Pokémon Scarlet & Violet

Staraptor found in the open will always have the Ability Intimidate, making Physical moves deal less damage. Staraptor's Defense and Special Defense are similar, making the switch to using Special moves more effective. It has a terrible Special Attack and does not learn any Special moves through level up, making high Defense Pokémon like Garganacl, Orthworm, and Bronzong great options to fight against it. A fast Electric or Ice Type Pokémon will also be able to take out Staraptor, making Froslass almost untouchable as it is immune to both Normal and Fighting Type moves and will only take half the damage from Brave Bird.

Raichu, Jolteon, and Rotom all deal with Staraptor as well if they can take it out in one hit. Rotom Frost can be hit by Close Combat for super effective damage, but it has a good defense to withstand the hit. Toxtricity is a good option to use as well because its Type resists both Flying and Fighting Type moves and can respond well with a Special Electric attack.

All Staraptor weaknesses and Best Counters in Pokémon Scarlet & Violet