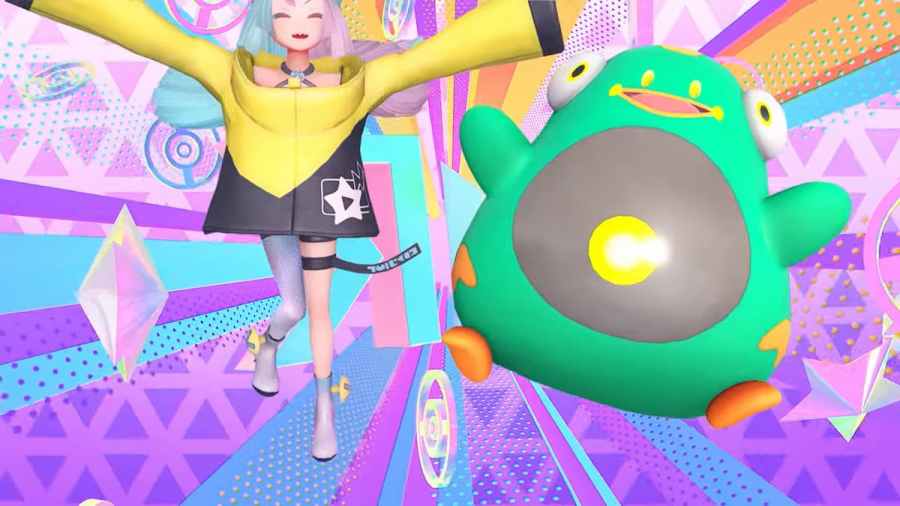 You'll have to jump through hoops if you want to defeat Iono's electric gym and her partner Pokémon Bellibolt. This Electric-type frog Pokémon may look adorable, but you may be shocked when you see it in battle, so make sure you come prepared.

The official Pokémon Company Twitter revealed Iono's partner Pokémon, stating, "Bellibolt expands and contracts its body to generate electricity in an organ that looks like a belly button. Electricity is then discharged from the two bumps on either side of its head that resemble eyeballs." The trailer for Bellibolt was also uploaded to the official Pokémon Company YouTube channel, so you can watch it there and see Bellibolt in action.

Despite the super suspicious hair clips, Magnemite, or some regional form of the Pokémon, is not Iono's partner Pokémon. Bellibolt is a brand new Pokémon introduced in Pokémon Scarlet and Violet and matches the rumors of an Electric-type frog Pokémon being in the game and her partner.

Bellibolt seems to match Iono's bubbly personality and enjoys the spotlight like the famous streamer. But don't let its looks and charm fool you, Iono is a gym leader after all, and likely a tough opponent.

For more information on Pokémon, check out All Gym Leaders in Pokémon Scarlet and Violet and Pokemon GO Friend Codes on Pro Game Guides.