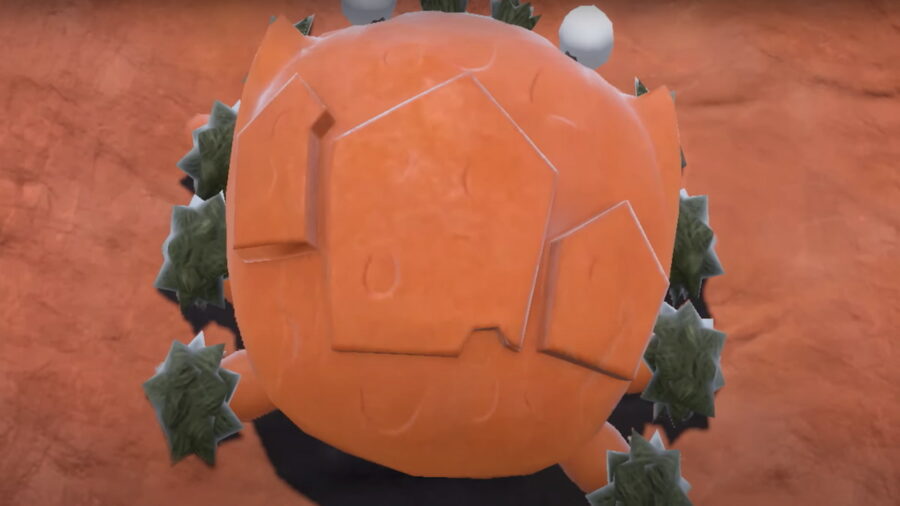 According to the "Seek your Treasure" trailer recently dropped for Pokémon Scarlet and Violet, it appears as though Game Freak is continuing the trend of featuring large Pokémon with powerful capabilities. Following Totem Pokémon and Dynamax will now be Titan Pokémon, larger forms of ordinary Pokémon that you can find in the overworld.

The first ever Titan Pokemon was shown off at around the halfway mark of the trailer. The main character accompanies Arven, who is headed toward the sandy Path of Legends to grab some Herba Mystica. On their way, they encounter a Titan Klawf.

Klawf appears to be a Rock-type crab, with an appearance similar to that of Krabby or Paras. Klawf can also be seen getting knocked out by a Grass-type move from Sprigatito, further confirming its Rock typing. These crabs like to crawl on Stones, though, and have sharp spikes on the edge of their bodies. The Titan Klawf looks to be around three times its normal size.

Related: What are Paradox Pokémon in Pokémon Scarlet and Violet?

While it's unrevealed by the trailer, it's most likely that the Titan forms of these Pokémon will have some sort of stat increase. Totem and Dynamax Pokémon had increased HP when transformed, so the same may apply to Titan Pokémon.

Looking for more updates on Pokemon Scarlet and Violet? Check out this update on the new areas like Starfall Street.

What are Titan Pokemon in Pokemon Scarlet and Violet?