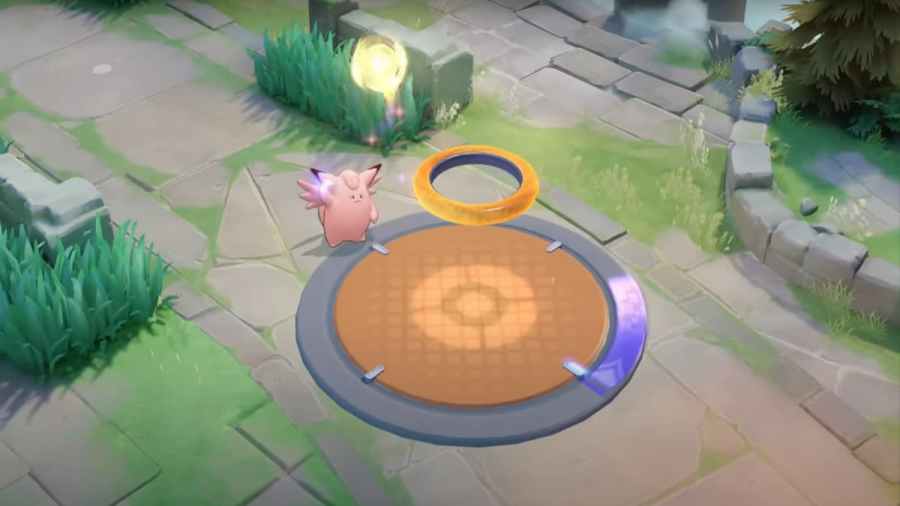 The MOBA of choice for Pokémon fans just released a new support character to their roster. While it's unsure yet whether or not it will compete with the likes of Hoopa or Blissey, Clefable can certainly hold its own. With the right build, players can easily heal over 100k damage with this Fairy-type.

How to use Clefable in Pokemon Unite

It looks like Moonlight is going to be the premier move for Clefable. This move heals Clefable and nearby allies over time, making it one of the best-supporting moves in the game. When Clefable sees a Venusaur or Tyranitar going into the fray, she can use Moonlight behind them to make the two of them practically unkillable.

There is some debate over the second move Clefable should be running. They both have advantages but Follow Me might be more valuable in a team setting. The way Follow Me works is that Clefable will dash to an area, get a shield, and attract incoming damage. Teammates will love this ability since it will allow Pokémon like Cinderace, Gardevoir, and Decidueye to fire their projectiles without worrying about retaliation.

As for items, Clefable practically needs an Experience Share. This character lacks damage output, so without Exp. Share it won't get any levels. Clefable mains will also want to use Focus Band (for longevity) and Buddy Barrier (to help their teammates even more).

Clefable will likely want to be in the middle of team fights to keep their partners alive. For this reason, Clefable mains might want to consider Full Heal. This will counter annoying crowd control from Wigglytuff, Alolan Ninetails, and even Gengar. Other Battle Item options would be Smoke Screen and the ever-popular X Speed.