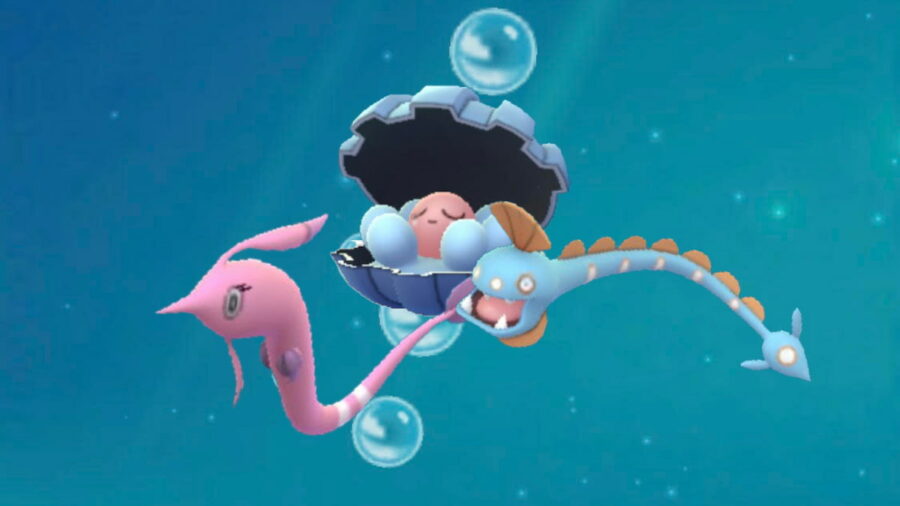 Pokémon in Pokémon GO can evolve in many different ways. Some evolve from rare Stones and items, some evolve with friendship, and some evolve simply by using Candies. Clamperl is one of the few Pokémon that can evolve into a number of different species. Rather than having a set evolution, players won't know which evolution they are going to get until the Pokémon is already evolved.

How to get Huntail and Gorebyss in Pokémon GO

Clamperl joins other Pokémon, like Eevee, that have multiple evolutions. Unlike the others, though, Clamperl's evolutions are entirely random. Some Pokémon with different evolutions can be forced onto a certain path by naming the Pokémon or knowing its gender, but with Clamperl, players will have to run trial and error until they get the evolution they desire. There has been some speculation that the Pokémon's gender does play a role in its decided evolution, but this has not been proven.

Evolving Clamperl will take 50 Clamperl Candy. This is a hefty amount, especially when players don't know what the evolution will result in. Clamperl has been in the game since 2019 but hasn't been featured in many events, meaning players likely have limited access to Clamperl Candy. Players can use Rare Candy to gain enough to evolve Clamperl, though the Pokémon's evolutions likely aren't strong enough to be worth the cost.

Interested in other Pokémon GO guides and want to read more? Check out Can Staryu be shiny in Pokémon GO? on Pro Game Guides!