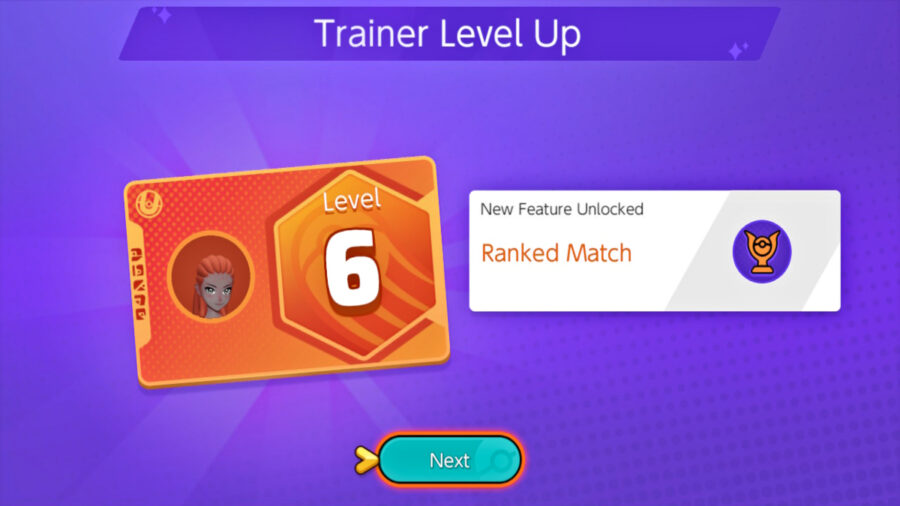 When players get to a certain level and obtain a certain amount of Pokémon Licenses in Pokémon Unite, they will be able to participate in Ranked Matches. Here's a brief guide on how to play Ranked in Pokémon Unite.

Ranked Matches are a 5v5 team battle mode with its very own set of rules and ranking system. Once players get to level six, which is pretty easy to get to after about an hour of playing time, and once they've obtained five Pokémon Licenses, they will be able to climb up Unite's ranking ladder of seasonal champions in Ranked Matches!

Related: How to Level up Quickly in Pokémon Unite

Players might want to explore each Pokémon in regular battles, before entering them in Ranked Matches. Get as much practice and gameplay knowledge of each one before choosing the most ultimate Pokémon for Ranked Matches.