Defusing or disarming the self destruct sequence in Predator Hunting Grounds is a pretty important aspect of the game. If you don't want the Predator's body to get obliterated, or you don't have time to get out of the zone then you need to complete a puzzle to stop the process. We'll show you exactly what you need to do to disarm the self destruct process.

How to Disarm Self Destruct

If you're on a Fireteam then you're looking to take down the Predator. If the Predator assaults you and you drain its health, it will usually get a second wind which allows it to get away the first time. Once they attack or you spot them again, you should hopefully be able to take them out for good. When this happens, that player can initiate a self destruct sequence. The Predator will destroy itself and anything in a pretty wide radius if the timer reaches zero. You can stop this if you run up to the Predator's body and hit the interact key. You will be shown the following puzzle: 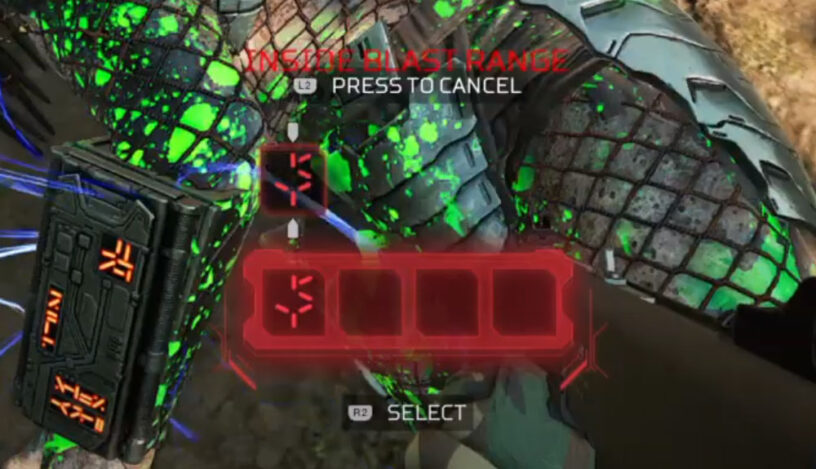 This is a matching puzzle, so you quickly need to change the top symbol to match the bottom one. Once you have one matched, you will want to hit the Select key which moves you to the next symbol. Repeat this process until all four symbols have been correctly matched which will disarm the self destruct sequence. Try to remain calm while you do this because it's easy to start to panic as you cycle through symbols. If you have other teammates around you, they can also engage in attempting to defuse the explosion.

If you input an incorrect symbol, you will be knocked back to the previous symbol. It won't just automatically destruct, so don't be too worried. However, this will obviously cost you more time and could lead to failure!

If you are able to prevent the destruction, then you will need to defend the body. A bunch of NPCs will come out of the woodwork looking to collect the Predator's remains, so fight them off and finish the round out. Doing this will get you more XP at the end of the match. Make sure to not escape until the "Defend the Predator Body" objective is completed or you won't receive the extra experience! You will see an alert that says "Predator Body Secured" on the screen when it has completed.

How to Parry the Predator in Predator Hunting Grounds

Predator Hunting Grounds – How to Play as Predator