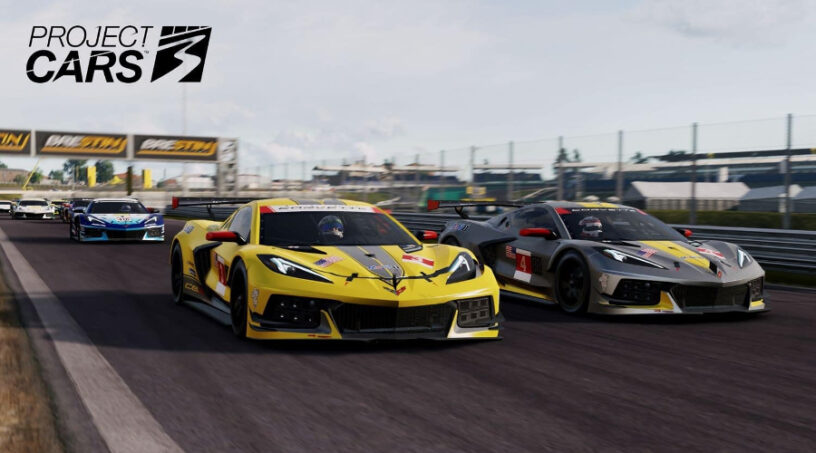 Today marks the release of Project Cars 3, as the name implies it’s the 3rd installment of the franchise who has attempted to push the Sim racing genre to new depths, this is until now.

The trailers for Project Cars 3 have been a bit worrisome for those who enjoyed the ultra-realistic sim racing from the previous entries. Showing cars rip around corners with their back wheels drifting behind them, in a less than realistic fashion. According to early reviews from IGN, Techradar, and Eurogamer, the game is clearly catering to a wider audience and steering away from realism.

The game features laser scanned tracks, 100s of cars, and a full day-night cycle along with changing weather. Much like Project Cars 2 which introduced ultra-realistic water physics to simulate pooling rainfall, splashing of puddles, and of course, rain sloshing around on your windshield. Project Cars 3 carries over many of the same features, however, it waters them down. Everything from simplified car setups, to shorter and more accessible racing events, the game feels less like a racing sim. The game more closely resembles the Grid series from the early 2010s, by taking a more casual approach with grippy front tires and slippery rear tires (despite them being the same type of tire).

Project cars 3 now allows you to have performance and visual customization. This means that instead of having select cars to choose from when entering a racing series, your car simply needs to have a certain performance ranking. The ranking system is nearly identical to that of the Forza Horizon series, where your car has a grade from 1-10 depending on how well it handles corners, accelerates, and it’s top speed, along with other minor aspects of your car. The game also now features objectives during each race that can make you feel like you’re achieving something even if you don’t win, or even place well.

Do these changes to Project Cars make it better? Do they make it worse? That is entirely up to you. No doubt the game is leaning away from the hardcore racing sim fan base and is trying to reach a wider audience of players who just want to cut to the chase. Still looks like a promising racing game with stunning visuals and great gameplay. The controversy rises when the franchise of Project Cars was initially set out to make the most realistic racing experience possible. Project Cars 1 and 2 both allowed deep customization to your racing setup that required a lot of thought and planning before you even hit the track. But now Project Cars take a U-turn in the opposite direction, disappointing those who loved the first two games of the series.