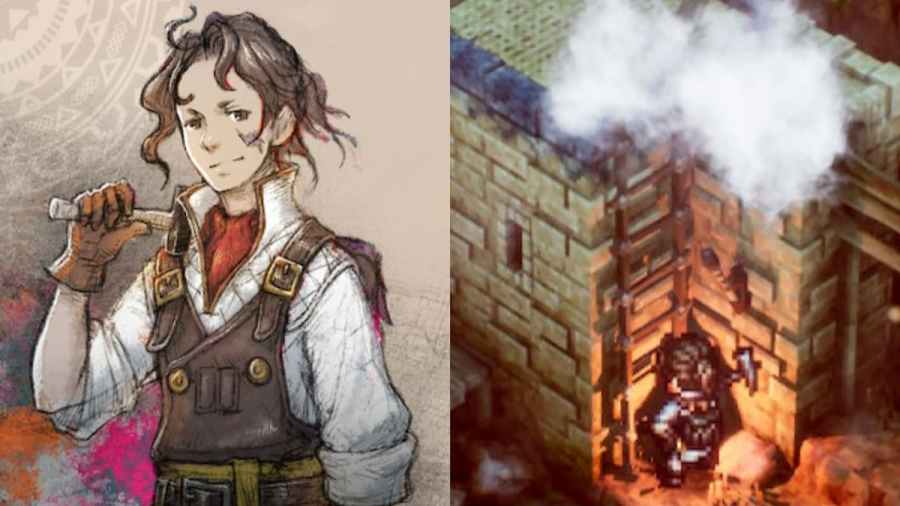 Units in Triangle Strategy are built differently. Each of them have unique skills, terrain advantages, and a variety of uses, depending on the situation. Some units work better with others. Others are great for farming coin or items but shouldn’t be taken to main stage battles.

In this guide, we’ll teach you how to use Jens Macher, your local Blacksmith.

Jens is one of the best utility characters in the game. He can create ladders, delay the enemy, and set traps that push the enemy back.

If the map has a narrow path the enemy must take to reach your location, put him into the battle’s roster. For example, if you choose to fight Avlora in Chapter Seven, you can set traps on the staircase and continuously push the enemy away from the top platform.

Meanwhile, if you’re dealing with a map with high cliffs (like Chapter Nine), Jens can create shortcuts that lead to higher ground. It’s a good way to set up archers like Archibald, as well.

Later on, Jens will learn Slumber Strike, which, as its name implies, inflicts Sleep. Sleep is arguably one of the best statuses in the game. It makes the enemy not do anything for two to three turns, so long as you don’t attack them.

Give Jens your speed accessories and upgrade his movement first. He’s already slow, so you want him to walk as far and get as many turns as possible. At Weapon Rank two, unlock the upgrade that decreases the TP cost of Spring Trap.

Resources are very scarce later in the game, but if you want, you can also upgrade his weapon to rank three and unlock the one for Slumber Strike.

At Elite, he will unlock a passive skill that increases his movement at max HP. If you're fond of Jens' kit, you can promote him. Though, it's not really necessary.

How to use Jens Macher – Triangle Strategy Unit Guide