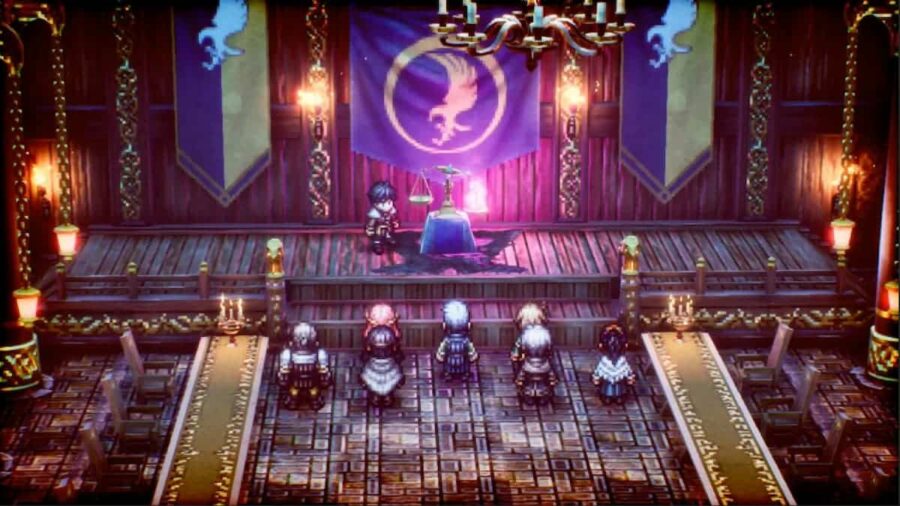 It may not be obvious at first, but choices do matter in Triangle Strategy. It affects three things: the ending that you will get, the people who will fight with you, and battles that lie ahead. Chapter 11 is a good example. Should you return the Roselle in your demesne to Hyzante?

This choice has a lot of consequences. If you want the best outcome, you need to fight for their protection. This is one of the requirements to get the game’s true ending. If the Roselle stay, you will also have the opportunity to recruit Ser Maxwell down the line.

Related: How to earn money fast in Triangle Strategy

Like any choice that involves not bending to the enemy’s demand (like opting to fight for Roland’s protection), the succeeding battle will not be easy. The enemies will be powerful enough to defeat the likes of Serenoa in one to two hits. One of the stage’s bosses—there will be two—also has a Provoke skill with an insanely far range.

There will also be a lot of enemies, to the point where they’re borderline overwhelming. Stop units from advancing with Erador and Groma, then use the remaining people to slowly defeat the ones that get too close. Bring all your archers to this stage, as well.

After the battle, remember to talk to Benedict, then to Frederica. This will inspire Frederica to distract the village chief, allowing you to explore his house. You will find an item that is, once again, important to the game’s ending. If Frederica still won't distract the village chief, there's a Rosellan in the southeast corner of the map that will tell you about his suspicious. That and Benedict's murmurs should get her moving.

If you need a spoiler-free guide to help you pursue the true ending, you can take a look at How to get the Golden Route in Triangle Strategy – Endings Guide on Pro Game Guides.

Should you give up the Roselle in Chapter 11? – Triangle Strategy Voting Guide