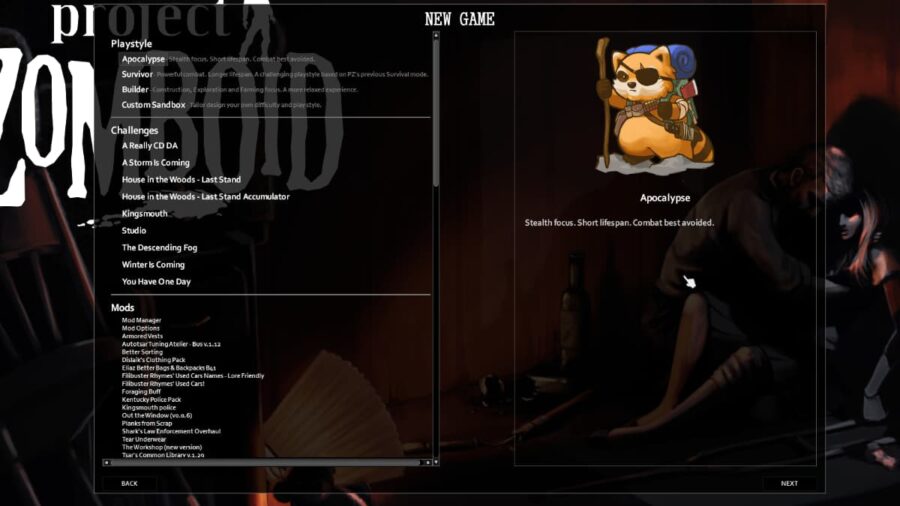 If you are wondering what the difference is between Project Zomboid's Apocalypse and Survivor difficulty, it comes down to how hard both modes are. Survivor difficulty is what players can consider the normal mode and the default Project Zomboid experience. Apocalypse difficulty is the game's hard mode, as it takes the base difficulty of Survivor mode and increases it with tougher zombies. These tough zombies can drag the player down easily if they surround them. In Survivor mode, it takes more than three zombies to drag the player down, but in Apocalypse difficulty, this requirement is reduced, thus making combat more deadly.

There's also an increased chance for zombies to bite the player if they approach them from behind, and players cannot swing at multiple zombies at a time. Because of this, the game recommends focusing on stealth and avoiding combat encounters whenever possible when playing on Apocalypse difficulty.

This makes combat and zombies the main difference between both difficulties, as in Survivor difficulty, players have a more open approach to combat encounters with the undead. In Survivor mode, players can choose either a stealth or heavy combat approach to zombies and other players. Survivor mode tends to be more open because zombies tend to be weaker and easier to deal with (without being too easy), and players can deal with multiple zombies at a time.