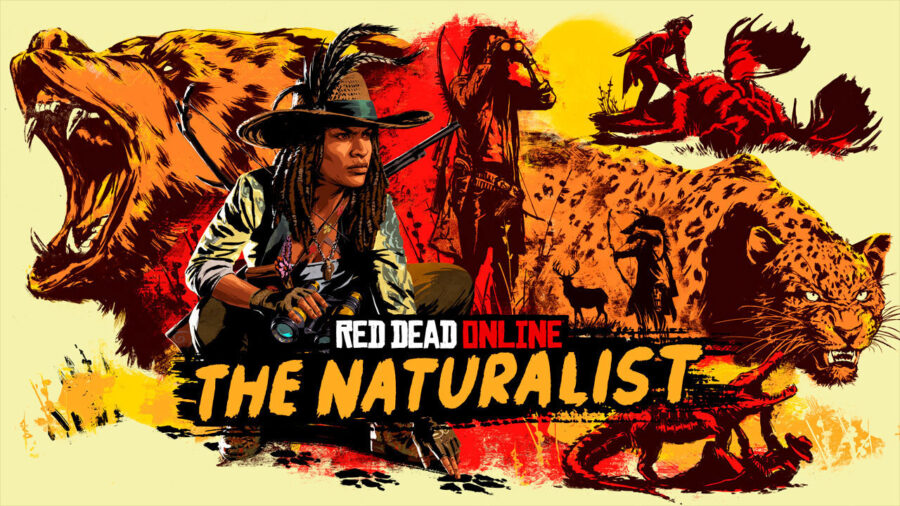 Red Dead Redemption 2 hasn't had a new update in quite a while, so it was welcome news to see some new content being added to the game on July 28th, 2020! If you've been hoping for some new stuff involving animals, then you'll be very happen due to the newly added Naturalist role. There's also a new horse breed, horse equipment, weapons, weapon modifications, hairstyles, emotes, walk style, camp flags, photo studio backdrops, and photo studio poses!

The main attraction of this update for RDR 2 is the new Naturalist role. This will open up the ability for you to engage in tracking, studying, and hunting various animals. To gain access to this role, head to the Welcome Center in Strawberry to purchase the Sample Kit from Harriet Davenport!

There is also seven new Legendary Animal species, along with three different subspecies, which can be found in Red Dead Online. You can find some of these by purchasing maps from Harriet Davenport, and others will become available to you as you progress through the Naturalist Role! These are the new Legendary Animals you should be able to encounter: Cougar, Fox, Boar, Beaver, Wolf, Bison, and Elk.

There's two new Naturalist Roles that are related to Free Roam Events and can be found in Red Dead Online. These will also become available while you progress through the Naturalist Role. You can Protect Legendary Animals, where you work with others to escort an animal away from poachers. You can also engage in tagging wild animals, you'll sedate them and add a tag to them within a certain time limit.

A Wilderness Camp has been added to RDO, which can be unlocked through the Naturalist Role! You will be able to create temporary campsites in the open world, and hang out with four player while getting to sit, cook, craft, and rest!

There's a whole lot more to dig into, so be sure to check out the official notes on Rockstar Games' website!

How to get gold in Red Dead Redemption 2 Online

How to earn XP fast in Red Dead Online

Where to buy masks in Red Dead Online