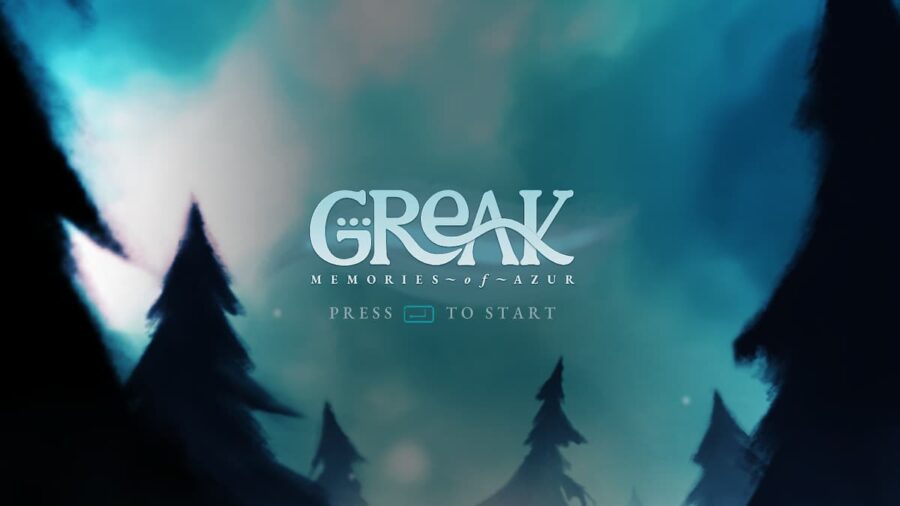 Greak: Memories of Azur is a fascinating take on the Metroidvania genre. Instead of playing as one character throughout, you can (as you progress) simultaneously control three characters and switch between them how you see fit. Platform and navigate through deadly environments with minimal health, tiny inventory, and very little upgrades.

You start off playing as Greak, looking for their sister, when you awaken in a small camp with remnants of the Courine people. After an Urlag invasion, the Courine attempt to build an Airship to escape toward distant lands because—their homes now plagued and destroyed.

Movement and combat feel as smooth and refined as the likes of Hollow Knight. It's speedy. It's precise. It just feels good. You can learn a few new techniques by completing quests, but it doesn't evolve into anything more. The puzzles are decent but get harder when more characters are involved. Switching between the three characters is instantaneous, and a mini-circle appears on the HUD, so you know they are fairing okay.

Yet, the combat can only take the game so far. Two main mechanics, when combined, is precisely where problems start to arise. Due to controlling three characters, you have a mimic ability where the other two characters follow your primary character. This is performed by holding down a button (which can be toggled if you wish), yet because the characters are different, they very rarely feel in sync.

The only true mechanic mimicked is movement, but Greak is also a platformer, and jumping is important. Adara has a floating ability, not a double jump, so the second you double jump with Greak, Adara starts trailing behind so mimic fails to work as intended. And if not careful, you can end up back in the location you were 20 minutes ago. Half the time, it is quicker to manually move each character instead of relying on the mimic mechanic.

Non-controlled characters attack automatically but will not evade when your primary character evades due to different evade animations/moves. Meaning you can triple-team most enemies into mince. But against bosses, it's a different story. Each character has their own health bar. If one character dies—even the one you aren't manually controlling— then it's game over. As a result, the flow of battle results forces you to hide one or two characters while attacking the boss with the primary character you are most comfortable with.

Verdict - Wait for a Sale

Greak had amazing promise, but it fell just short with no reason for exploration, even more so with zero area maps. It's incredibly short at five hours plus, depending on if you want to find all the Relics. Combat is great when playing with one character, but it feels like a handicap, especially against bosses as soon as more are introduced. The character switching is an amazing idea, and puzzle-solving works well, but more thought could have been paid toward combat. Not knowing your other character's health is a problem, but it wouldn't matter anyway with regenerating health and no inventory pause.

The game is gorgeous to look at, and it feels great, but this one is worth playing if only purchased during a sale.