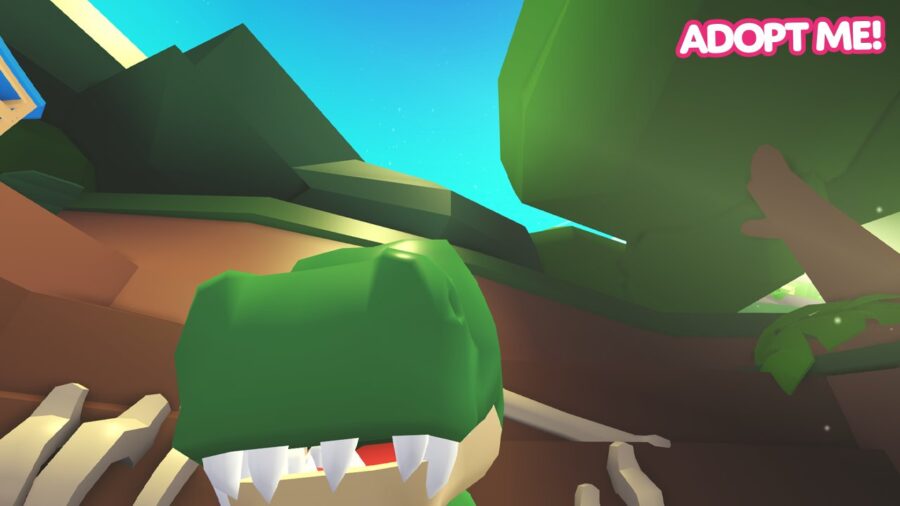 Adopt Me! is finally coming out with its long awaited dinosaur update! When the game went from weekly updates to longer stretches, we didn't expect this kind of delay. Well, it seems like it will be worth it, because the longer wait is going to give us a huge new area to explore, as well as many new pets to collect from newly released eggs. Before that happens though, there's going to be a bit of an event that has us traveling to Fossil Isle!

Exploring Fossil Isle is the prelude to the Fossil Egg release. Fossil Isle will be released on October 2nd, 2020 (10am PST, 1pm ET, 6pm BST), and we will get to run around and collect fossils that will be analyzed to create the technology required to bring back pre-historic animals that will be found within the eggs!

When the update is released, you will jump into a helicopter to fly over to Fossil Isle. Once you are there you will be able to grab some tools and start to excavate fossils from the dig site. Once you've gotten yourself a fossil, bring it over to the DNA Lab, where Henry the Scientist will take a look at the specimen, and use it to create holograms of the animal it belonged to. Do as much as you can, because the scientists need your help to gather enough specimens to power the time machine that will bring these animals to present day!

Speaking of pre-historic animals, why not take a look at some information about them while you wait? We know the Tyrannosaurus Rex, Dodo Bird, and Pterodactyl are going to be part of the event, you should read more about them on Wikipedia!