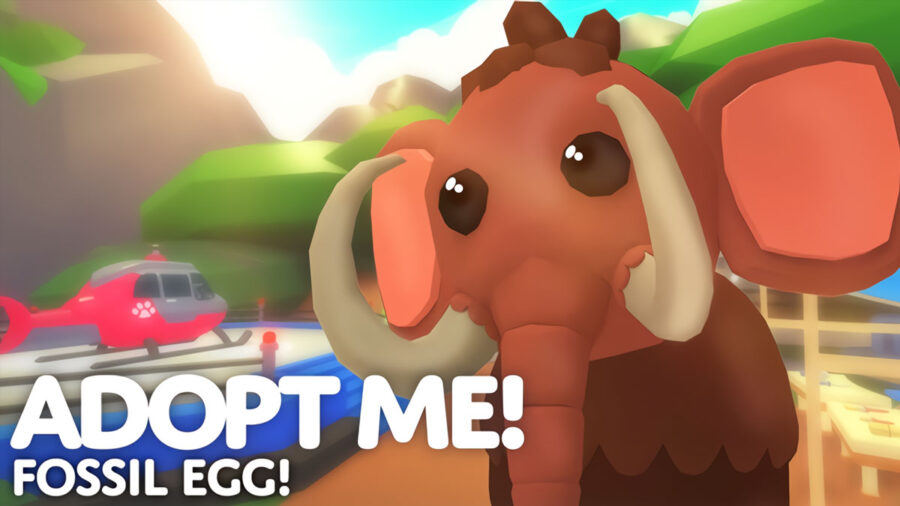 Adopt Me! is Roblox's most popular game, and it has owned the top spot for a while now. The game features the ability to raise, collect, and dress up pets, decorate your home, and play with friends. It is very well-known by the younger crowd that frequents the game, and every big update that adds new things you can collect gets swarms of people trying to jump into it. With the addition of the new Fossil Egg, and a bunch of new pets that are based off of pre-historic times, there was a lot of hype going into this new patch.

Adopt Me! had previously held the world record for most active players in Roblox, and has just broken their own record. They were just shy of 1.8 million players, and reportedly reached as much as 1,786,076 according to their official Twitter. The crazy hype surrounding this update was enough to bring Roblox's servers to their knees, and had the platform struggling to maintain connectivity while players were joining up from all over the world. 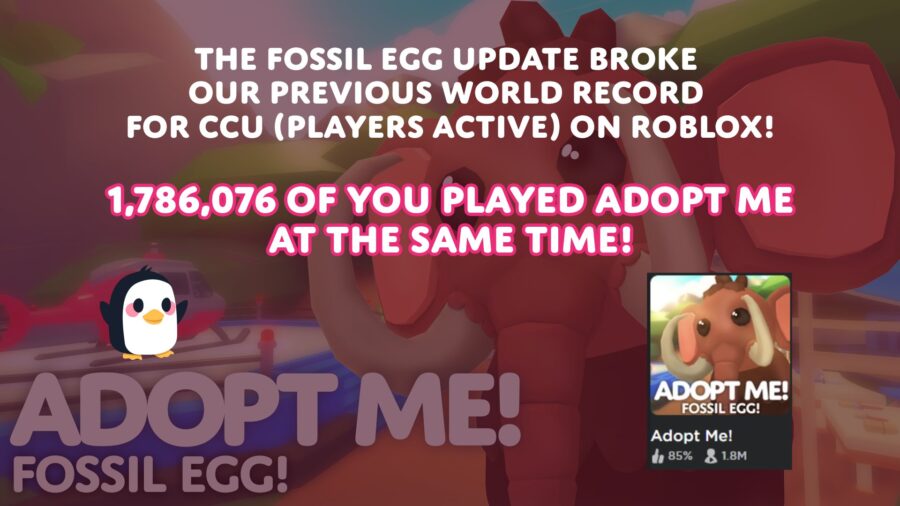 The Fossil Egg, as mentioned, contains a variety of prehistoric creatures. If you're curious which ones can be found in the egg, here's a list of them all:

If you aren't entirely familiar with the Adopt Me! model, then I will briefly explain it. You can purchase an egg with in-game currency, and a pet from the list above is randomly hatched out. The higher the rarity (Legendary) the lower the chances you are to get one. The in-game currency can be earned by completing chores, but can also be purchased with Robux, which is the premium currency of Roblox that can be purchased with real life money. This is how the game makes money, and can employ game developers, and at this point has an entire team working on the game.

This game is a bit controversial, because games like this is are applying a FOMO (Fear of Missing Out) like atmosphere to kids. A child will desperately want to collect all of the pets in a particular egg, and has a limited time to do so. This time is usually multiple months long, but even if you play every single day, it's really hard to earn enough in-game money via the chore system to purchase all of the eggs you need to get the rare pets. This can be alleviated with trading with other people, but often this leads to players being scammed or taken advantage of because some people don't understand the worth of their pets. Ultimately, the eggs are a loot box system, and one where you can't directly purchase the specific item you want, because it is purely random.

If you or your child is hoping to obtain some of these Fossil Eggs, be sure to check out our how to make money in Adopt Me guide which shows you the fastest way to earn in-game cash.

Roblox All Star Tower Defense: The Curse One stats and how to get