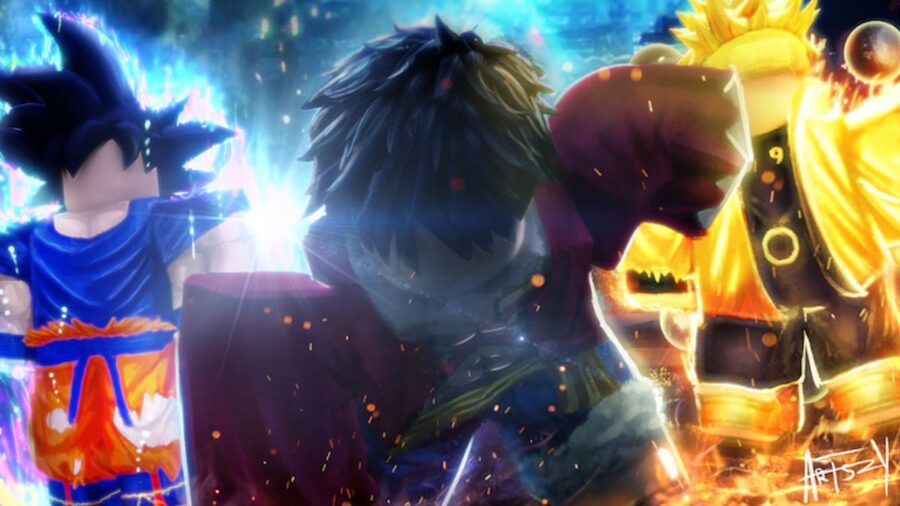 One of the things that places Roblox as a game above the rest is its ability to bring players with similar interests together onto a platform where they can have fun and express themselves. Fans of every genre can find a home on Roblox, and it's no secret that there are an overwhelming amount of anime fighting sims, RPGs, and battle royales on the platform with plenty of anime fans to play them. In this list, we'll be running through 10 of the best anime games on Roblox.

A One Piece Game

With over 110 million server visits, A One Piece Game is a breakout anime hit from late 2021. In terms of spinoff games for the anime One Piece, this one is a fan favorite as it stresses the functionality of multi-player with up to 12 players allowed on a single server. Grind your way through levels to earn the in-game currency Beli, which can be used to purchase boat upgrades and other in-game items. As its still a fairly recent game, there are a ton of codes to discover as you meet characters from the anime and complete quests.

All Star Tower Defense (ASTD) has been the face of anime games on Roblox since its release in 2020, and will probably remain that way for many years. With over two billion visits and an average player rating of 92%, ASTD truly towers above the competition in every way. Unlike your average tower defense style game that uses tanks, turrets, and guns, ASTD allows players to unlock nearly 100 anime protagonists and villains from tons of different shows, mangas, and movies to defend their turf and be the last tower standing.

Similar to ATDS, Blox Fruits boasts an impressive visit count and average player rating. But the real tell that this game is a winner within the anime community is the fact that this game will average at least 100,000 active players—at any point in the day. Blox Fruits, majorly inspired by the anime One Piece, also includes references to other fan favorites including Attack on Titan and Bleach with its combat style, maps, and characters. If you're looking for an open-world game where you can explore at your own pace, complete quests, fight enemies, and always have people to play with, Blox Fruits is the game for you.

Originally titled Shinobi Life 2, Shindo Life takes place in a Naruto-inspired world and utilizes elements from the anime to create a unique experience for its players. Shindo Life is an RPG that features a vast and dynamic world familiar to those who are Naruto fans, yet is still digestible enough for those who aren't. With multiple game modes, bloodlines, combat styles and more, Shindo has proved promising since its release in 2020 and continues to deliver.

Anime Fighting Simulator (AFS) is just as the title states—or is it? AFS at the base level is a fully fleshed fighting sim with all of the playable anime characters that you could imagine, but it also integrates a detailed story mode that includes numerous quests and dungeons for players to complete. AFS is also an incredibly popular game, not only as an anime game but as a Roblox game altogether, so you'll never have to worry about finding someone to throw hands with—or beams of energy with, technically speaking.

If games that you can pick up and hop into at anytime are your kind of thing, Anime Dimensions Simulator (ADS) is the experience on this list that you're looking for. The premise of this game is rather simple, but that's part of what makes it so popular—anyone can enjoy this game regardless of their anime knowledge or lack thereof. ADS allows players to meet up with friends, or strangers, and dungeon-crawl their way through different dimensions, or maps, inspired by various animes and defeat waves of enemies in the process. ADS is the perfect starter game to familiarize yourself with the Roblox anime genre at your own pace while also having fun.

Similar to the inspiration of its name, Grand Piece Online (GPO) is a lot like GTA Online in many ways. GPO is, at its core, a massive sandbox that allows players the opportunity to explore an unbelievably vast and expansive map completely reflective of its main inspiration, the long-running anime, One Piece. GPO also exceeds in its story-telling in the sense that you actually care about the quests that you're completing and feel a sense of accomplishment as you move throughout the narrative. Players looking for an aesthetic, communal, grind-worthy game— look no further than Grand Piece Online.

There's a reason why Pro Game Guides has been covering so much of Project Star recently, and it's because it's an insanely popular and well-made game! Inspired by the well-known anime and manga JoJo's Bizarre Adventure, Project Star integrates all kinds of fan-favorite elements into its world including Stands, combat styles, characters and more. Project Star can be challenging at times, so it might not be the best game for beginners, but with a bit of dedication and yearn for adventure you'll be completing quests and becoming more powerful in no time!

Similar to Project Star, A Universal Time (AUT) also takes inspiration from JoJo's Bizarre Adventure, but then takes it a step further by combining even more anime fandoms into their game to create a sort of anime universe. AUT and Project Star are comparable in many other ways as well given their respective JoJo backgrounds—both games consist of a large map, Stands and Stand arrows, various unique specs, quests, and even more. Where they differ, however, is in the average player rating and number of active players— AUT has an average rating of 85% and usually hovers around twenty thousand players at its busiest point in the day, whereas Project Star sits at a 92% player rating but only five thousand players. Between these similar games, it's up to you to decide which one you like best!

Related: How to get Broly in Roblox A Universal Time (AUT)?

Anime Artifacts Simulator (AAS) is a sword-fighting simulation game that pushes players to work their way towards becoming the best and most powerful swordsperson that they can be. Fight against NPCs created from and based on a multitude of different anime worlds, collect gold, purchase new and improved swords, travel to new worlds, repeat. Though this game may sound simple, it offers a great amount of detail in terms of the worlds that it incorporates and offers players a fun, yet challenging, opportunity to grind their way to the top!

Now that you've read our list, let us know below what your favorite anime games are or if you agree with our list!

For more anime related content, check out our guides on how to get RELL coins in Roblox Shindo Life, all Combat Styles in Roblox Project Star, and All bosses in Roblox Anime Fighting Simulator!