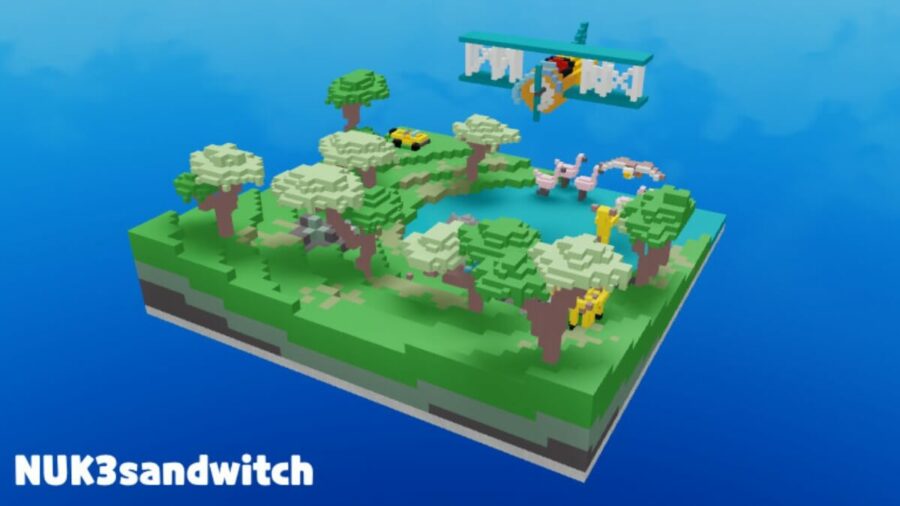 AJ Striker has found himself in the world of Build It during Week 3 of Metaverse Champions. Find out how to get AJ Striker's Crate Drop #3 (available April 28 to May 7) below.

How to get AJ Striker's Crate Drop in Build It

Completing the Build It mission in Roblox Metaverse Champions might be difficult for many players who have rallied behind AJ Striker. To get this Crate Drop, you must win a round on the Build Battle game mode. And to win the round, you must build a design that receives the most votes from the other players.

In the Build Battle game mode, you must build something related to a theme that was chosen by the game. You're given seven minutes to build your creation, so prepare to think fast. If you finish building your design early, press Submit Build and chill out until the time is up?

Note: You cannot cheese this mission by joining a VIP Server. Even if you win a Build Battle match in a VIP Server, you will not be awarded the badge nor the Crate Drop.

So, how do you win a Build Battle round? Check out these strategies below.

Option One: Be the Best Builder

The most difficult way is to build the coolest design against your competitors. But even then, winning depends on how the people in your server vote. Much of this is up to fate, which might upset some players.

If you're lucky, you might find a server where all the players take turns on voting the best player. This option will require teamwork and cooperation on your end. So if the players in your server agree to help everyone, work with them for however long it takes and wait until it's your turn to win.

Vote fairly with everyone else during rounds where it is not your turn. If someone is trolling and making it difficult for you, leave the server and hop to another one. Rinse and repeat until you win a round.

Your other best bet at walking away with the Crate Drop is to join a server with the least amount of people. To do so, go to the Build It page on Roblox. Then press the Server tab found below the Play button. Scroll through the server list and continue loading more servers until you find one with a low number of players. This is typically found toward the end of the list.

After you have won a round of Build Battle, you will be awarded a game badge and AJ Striker's Crate Drop #3. The Crate Drop will also appear in your Avatar Inventory.

All Characters in Roblox Anime Mania