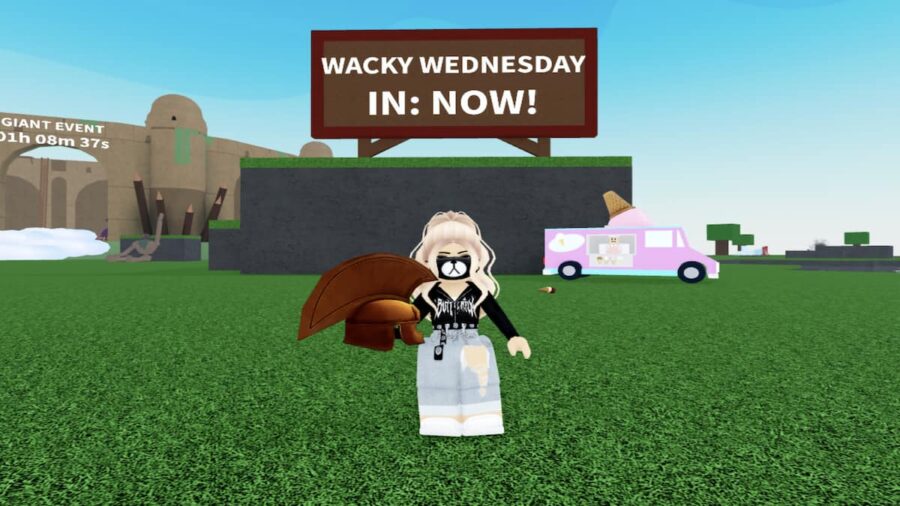 Mysterious pillars have appeared in Wacky Wizards and it's up to us to destroy them before they destroy the map! After breaking down the four pillars and stopping the rift from being created, players will obtain the Greek Helmet ingredient which can then be used to create all kinds of new potions. To learn more about how to obtain this ingredient, continue reading below.

How to unlock the Greek Helmet ingredient in Wacky Wizards

Upon spawning into Wacky Wizards, make your way toward the rocket ship and the cave where we found the Flamey ingredient. In between these two locations should be a small island with four pillars.

Next, grab the Ice Cream Cone ingredient from your table and bring it to the fire pillar. Upon using this ingredient on the pillar, it should crumble to pieces.

The third ingredient that you'll need to bring to the island is the Sunglasses ingredient, which, when used on the bright pillar, will crumble it to pieces.

Finally, return to your table and grab the Dynamite ingredient. After using this ingredient on the stone pillar and closing the rift for good, the Greek Helmet ingredient should appear in the middle of the island.

To add the Greek Helmet to your collection, simply teleport back to your cauldron, toss the ingredient inside, and press the Spawn button to begin brewing. After just a few seconds, the Arrow Flurry potion should appear.

The list below features all of the currently known Greek Helmet potions.

How to get the Greek Helmet ingredient in Wacky Wizards – Roblox