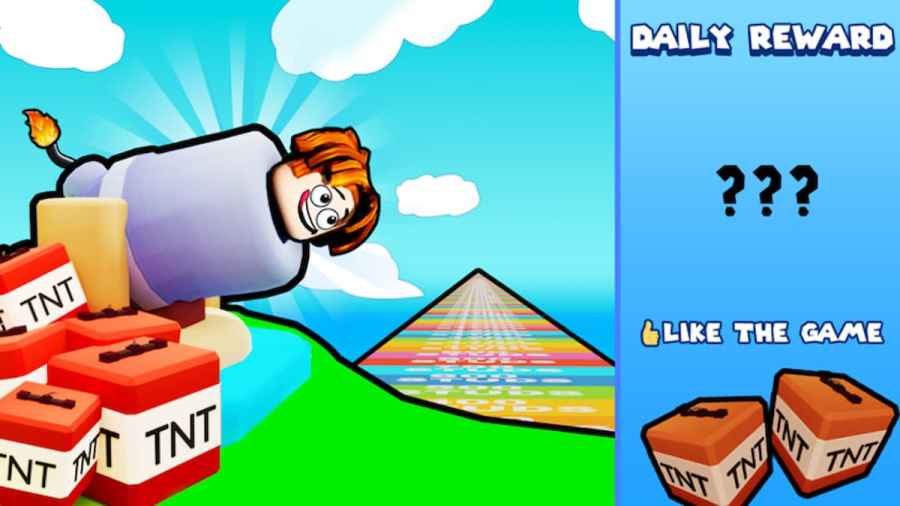 Roblox Human Cannon is a pretty straightforward game, load up your cannon with as much TNT as possible and launch the fodder as far out on the field as you can manage. And the best part of it is you are the cannon fodder! Collect power-ups, earn coins, and upgrade your cannon charge in this simple but fun Roblox adventure!

The Human Cannon codes for this simple but fun Roblox experience will help you obtain valuable resources, such as Coins, free TNT, and free boosts when launching. You ordinarily get TNT by collecting it one by one in a limited starting area, but using the code for it makes the whole process less arduous.

New codes have been added.

How to redeem Human Cannon codes

To redeem codes for Human Cannon, follow the simple instructions below.

How can you get more Human Cannon codes?

You can get more Human Cannon codes if you follow the game's developer, 24h Worker Studio, on their Tai Niu Club Discord Server and Twitter page @MfcraftG for updates. You can also bookmark this page by pressing Ctrl+d on your keyboard. That way, you will always be up to date with any new releases and changes.

There could be a few reasons why the codes for Human Cannon aren't working. If none of the codes are activating, try typing them manually. Another reason could be that the codes have expired. Roblox game codes usually have a limited lifespan and don't last forever. Sometimes the developers will release them at a particular event or a holiday.

How to AFK in Human Cannon?

Going AFK is useful in Human Cannon, and here is how you can do it. Press the AFK button at the top left of your screen and let your character launch itself from the cannon repeatedly. It's a handy command because, with each launch you do, you get coins to buy upgrades and power-ups.

What is Human Cannon?

Human Cannon is a simple minigame in Roblox where the sole goal is to launch your character from a cannon as far away as possible. To do that, you have various power-ups, such as TNT and even a nuke. Before getting into the cannon, you first need to collect as many TNT crates as possible on the map. They spawn regularly, and other players will be collecting them as well.

If you need more codes, we have what you need in our Roblox Game Codes section! You can also get a lot of free stuff via our Roblox Promo Codes page.