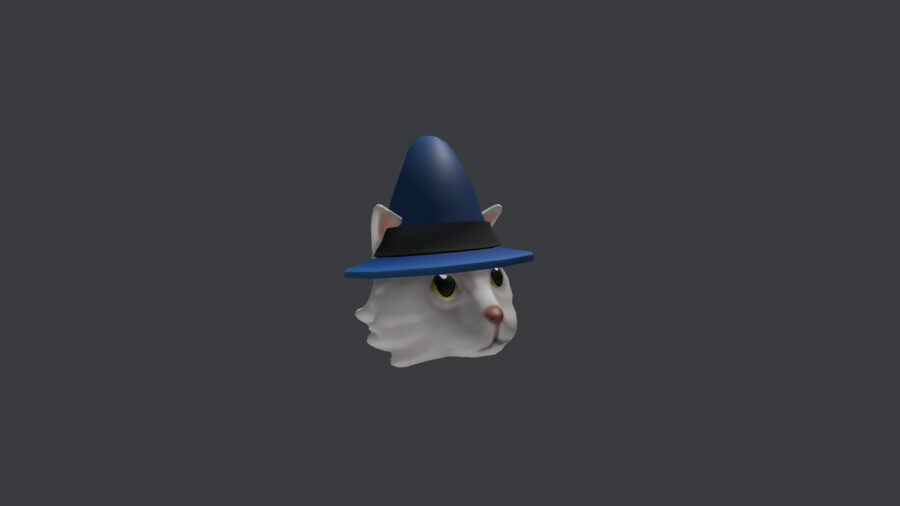 If you're a fan of getting free things in Roblox, which appears to be just about everyone, then you have some exciting news coming your way! It looks like another new avatar shop item has been added to the game that is going to be available via a code. This is the White Cat Wizard, and it is a hat accessory for your avatar that you can wear on your noggin.

It appears that the White Cat Wizard hat has had its description updated, which has removed the talk of it being available via promo code. It is unknown now how it will be released, but because that part of the text was deleted, it's likely it will be used in some other fashion. So, it is looking unlikely that this will be available for free.

The Roblox White Cat Wizard can pretty much used as your entire head if you want. It's similar to the eggs from Easter Egg Hunt event which you can use without additional accessories on your face. Here's a look at the model that you will eventually get: 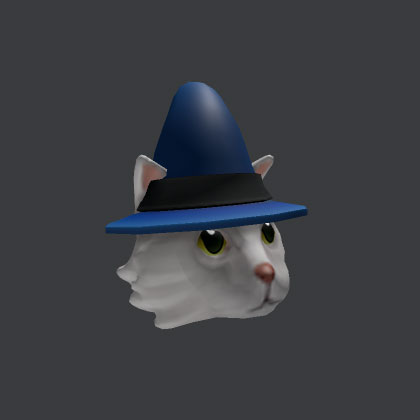 We don't know when this will be available yet, but we will be updating our Roblox Promo Codes post as soon as you can get it! These usually come out a day or two after they have been revealed, so you shouldn't have to wait too long. Roblox has been recently been giving away quite a few items. There was the The Birthday Cape, Crystalline Companion, Fully Loaded Backpack, and Kinetic Staff all given away in code or game form recently. This just adds an additional cosmetic for you to collect, so make sure to grab it because it's likely only going to be around for a limited time!