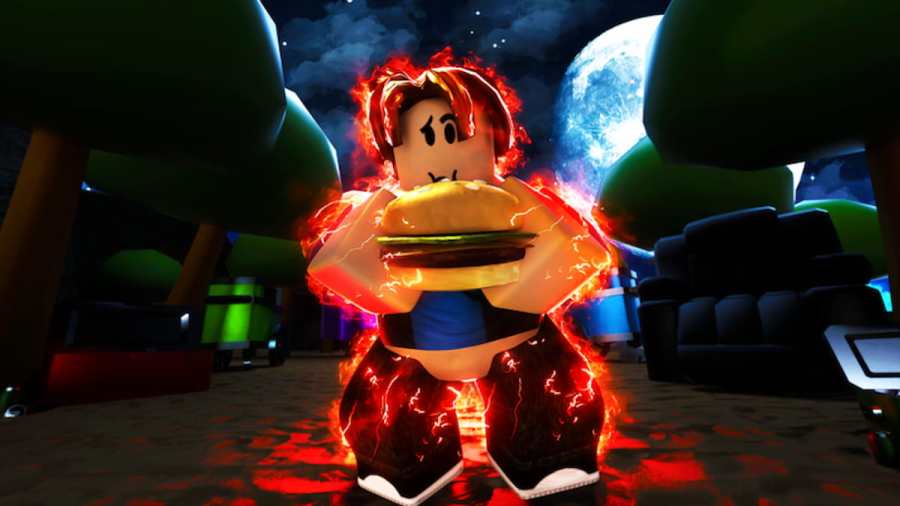 If you want to battle with the biggest and the best, it’s time to bulk up with Roblox Fat Simulator! There are loads of tasty fast-food options and sugary treats to choose from, plus pets who can add to your abilities. Can you bulk up enough to do some serious damage to your fellow players, gaining enough size and then KOs to reach the leaderboards?

Entering the Fat Simulator codes, which you’ll find below, can earn you Fat and Crystals, which allow you to respectively in the game. Fat increases your size, making you more powerful in combat, while Crystals allow you to buy pets and eventually open up new areas of the map. Is this the wrong Roblox Fat Simulator game (there are two)? Or are you in the market for another? Either way, check out the other Roblox Fat Simulator.

These are all the working Fat Simulator codes.

These are expired codes for Fat Simulator.

How to redeem codes in Fat Simulator

Follow the instructions below to redeem codes in Fat Simulator.

How can you get more Fat Simulator codes?

If you love Fat Simulator and want to try to find more codes, try signing up to be part of the Cadlem Roblox Group. You can also try following @Cadlem_ on Twitter, joining the Cadlem Discord Server, and subscribing to the Cadlem YouTube Channel.

Why are my Fat Simulator codes not working?

If you’re struggling with a Fat Simulator code, did you cut and paste it directly from Pro Game Guides? If not, you may have made a typo. Simply getting a capital letter or number wrong can make a code fail. If you’re sure you inputted it right, it may have expired, so you’ll have to use our other codes or wait for new ones. Don’t worry; we’re out there fighting for new codes daily!

Other ways to get free rewards in Fat Simulator

If you’re after more free rewards in Fat Simulator, look for the Claim! Button on the right of your screen. Click it to open a pop-up menu that allows you to claim a new free reward either every 10 minutes or every hour. These stack up as long as you stay online, and can all be claimed at once, so there’s no rush. Free rewards include Fatness, Crystals, and even the chance of a free Rare Pet!

What is Fat Simulator?

Fat Simulator is part Roblox clicker game, part combat game. Eat as much as you can to grow in size, then switch to combat mode to battle other players and gain new combat skills. You can also complete quests to earn Crystals, which requires you to play for longer, get fatter, gain health, land KO hits, and open reward eggs. At the same time, you can also trade gifts and rewards with other players.