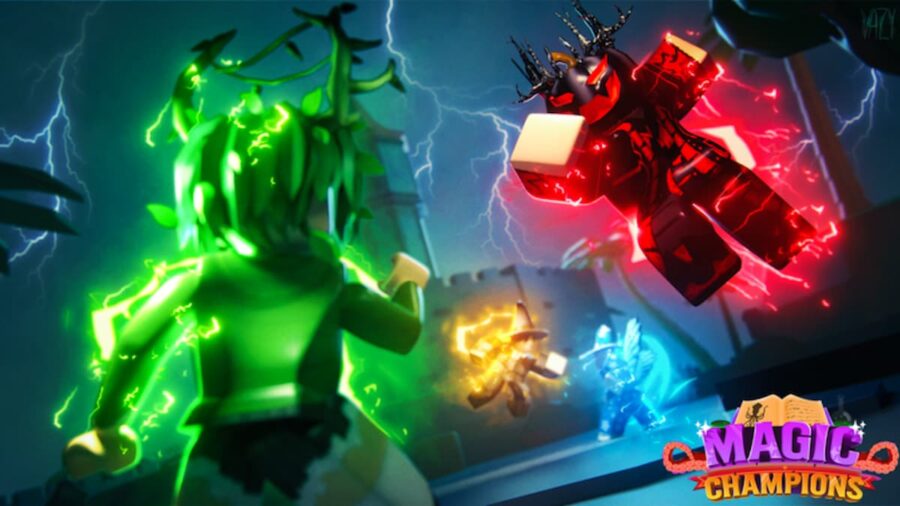 In Roblox Magical Champions, you must train your wizard to become the fiercest spell caster. Train your fists, mind, and body to create a wizard to respect or a warlock to fear. The path is yours to choose. Fight other players or team up and take on boss battles together. There is nowhere they can run when your spells are not taught in defense against the dark arts.

There are several in-game currencies to claim from these codes, each type of currency will unlock a specific way for your wizard or warlock to be upgraded. Claim these codes for Gems, Skulls, and Tokens.

We have a list of the most magical games and codes. Do you need a little bit of a starter spell? We have the code to help you get there faster! Roblox World of Magic Codes, Sorcerer Fighting Simulator Codes – Roblox, Roblox Alchemy Online Codes, Roblox Era of Althea Codes, and Roblox Magic Sea Codes.

Below is everything you need to know about Roblox Magic Champions codes.

Follow our guide below to claim Roblox Magic Champions codes.

How to get more Roblox Magic Champions codes?

Follow Otherworldly Studios developer to find all the latest codes for Roblox Magic Champions. You can follow them on all their social media sites, where they will keep you up-to-date, on Twitter @AleafoRBLX, and their Magic Champions! Discord Server. We here at Pro Game Guides have the latest codes for you, and our lists get updated daily, so make sure to save this page and check in with us often to claim those magical codes!

There may be a few things you are doing wrong to claim your Roblox Magical Champions codes. You could be misspelling the code into the text box. Make sure that your spelling and punctuation are correct. Codes can expire, which is the developer's decision. Claim the codes as soon as possible, so you don't miss that free reward!

What is a Roblox Magic Champions game?

In a Roblox Magic Champions game, you can choose what type of wizard you would like to be. You can select the path of good or evil. Level up all your different stats to become the strongest and top the leaderboards. The stronger you get, the better spells you can unlock to create unique combos to knock enemies out.