Our Roblox RoCitizens Codes post has the most up-to-date list of working codes that you can redeem for money and exclusive items! These codes can make it easier early on in the game when you're trying to build up your cash supply and grab some pretty cool items.

RoCitizens is pretty much a lifestyle role playing game where the game is what you make of it! You can get a job to earn money, complete quests for people who live in your town, create a home and customize it, drive fancy cars, and interact with players in the world.

If you're looking for codes the second they go live, be sure to follow JB_Firebrand on Twitter!

These codes have expired and are no longer working!

If you want to enter codes into RoCitizens, you will need to hit the bright green icon at the bottom left of the screen that looks like a shop. Click on the blue Twitter icon button and you'll be transported to the following screen: 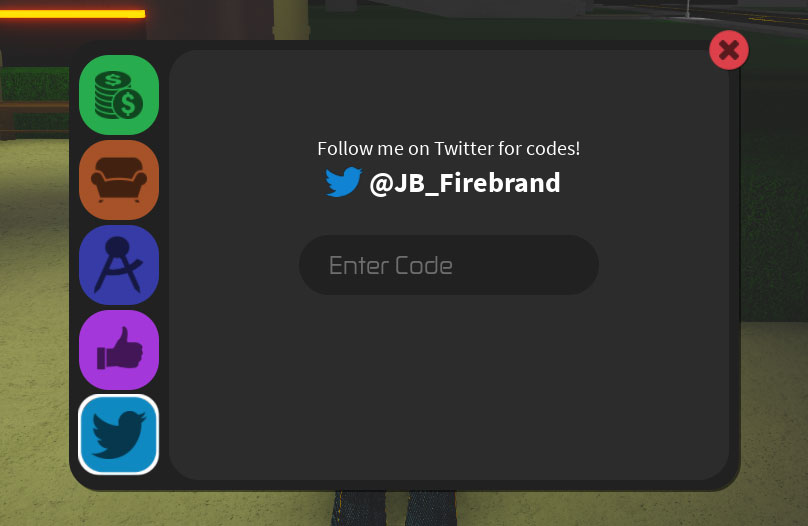 Copy one of the codes below and paste it into the "Enter Code" area shown in the image above. Hit the enter key and you will be granted a reward!