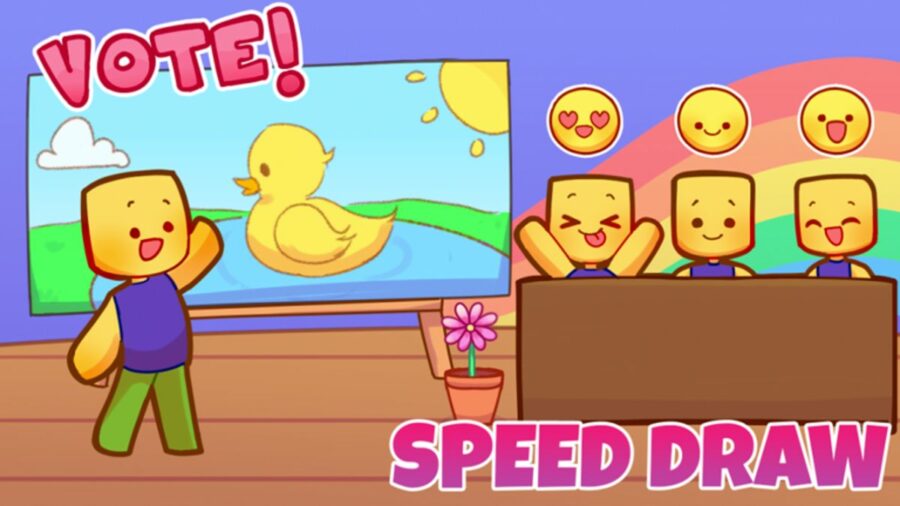 Our Roblox Speed Draw Codes has the most up-to-date list of OP codes that you can redeem for free goodies in the game. Whether you're just starting or you've been playing Speed Draw for a long time, these codes can give you a significant boost!

Here's a look at all the working Speed Draw codes.

How to Redeem Speed Draw Codes

We will have instructions on how to redeem codes in Speed Draw when they release the first code.

UPDATE: Increased Fairness: users are now awarded one vote for their painting even if no person votes + 10 NEW Drawing Themes!

The competitive drawing game with a fun, multiplayer twist. The clock is ticking, and it's time to Speed Draw! Challenge your friends to make the coolest artwork! Become a pro artist!