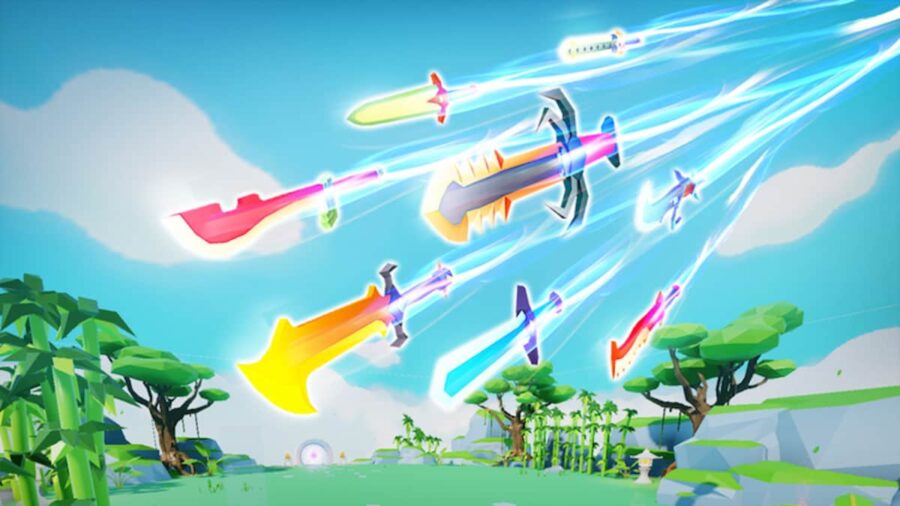 Roblox is the crown jewel of user-created games and experiences, with titles like Weapon Fighting Simulator offering users the chance to master unique weapons, spells, and martial arts to rise to the top fighting position. Like other titles in the Roblox community, Weapon Fighting Simulator offers codes for players that can power up their characters with an array of boosts.

Want to get as many Spirit Stones as possible in WFS? Then this is where our Weapon Fighting Simulator codes article comes into play. Use the codes below to gain Boosts you can use to earn boosts on Spirit Stones, Luck, Damage, Qi, and Spell drops! All of this allows you to quickly gain experience and resources to reach the top of the leaderboard.

To gain a head start in Weapon Fighting Simulator, check out these guides on how to level up fast, how to farm spells, how to fuse weapons, how to get Thunderbolt, and how to train your inner soul.

Added many new codes. Many expired codes have been enabled again!

Here's a look at all the working Weapon Fighting Simulator codes. Enter these when you hop into the game to get these boosters on your file.

The following Weapon Fighting Simulator codes are no longer active and will not work if entered.

To redeem codes for free rewards in Weapon Fighting Simulator, launch the game and select the Settings Gear button on the left side of the screen. After you press the button, a new window will appear. Enter each working code into the text box that pops up afterward. Press Confirm to receive your free reward once you've entered the code in the redemption bar.

If the code is expired, a message pop up will appear saying 'This code is invalid.'

How can you get more Weapon Fighting Simulator codes?

The best method to get more codes is to follow the developer of Weapon Fighting Simulator on Twitter @LDGStudios, or you can join the Lightning Dragon Studio for additional boosts, for Spirit Stone, Spell Boost, and a Tai Chi Brush!

If you're X codes are not working, there are a few things you can try. Make sure that you have typed or copied the entire code correctly—this includes the capitalization of letters—if the code is not 100 percent correct, it will not work.

If the code is correct, it is most likely that it has expired, so bookmark this page and check back often to get the latest codes for Anime Fighter Simulator!

What do Weapon Fighting Simulator Codes do?

Weapon Fighting Simulator codes offer several unique boosts for characters. These boosts can improve drop rates, upgrade Boosts for specific stats, and provide free upgrades for players when adding these codes to their accounts. Codes often alternate, meaning you'll have a limited time to redeem a specific code before it rotates out of the selection.

What is Weapon Fighting Simulator?

In Weapon Fighting Simulator, your main aim is to collect Spirit Stones and then, using the game's gacha system, unlock more weapons for you to wield at the same time. You can have four weapons equipped, which will cause you to do more damage, giving you the ability to get more Spirit Stones faster. There are multiple rarities of weapons, and the better the rarity, the better the weapon. With the other weapons not equipped, you can fuse them with your best weapons to make them level up and become more powerful.

At the same time, you also gain experience, learn spells to deal more damage, and level up your inner self! As well as unlocking different areas, defeat bosses to progress!

If you enjoy simulator games, why not check out our other Pro Game Guides Roblox code stories for Anime Fighting Simulator, Roblox Clicker Simulator, and Pet Simulator X.